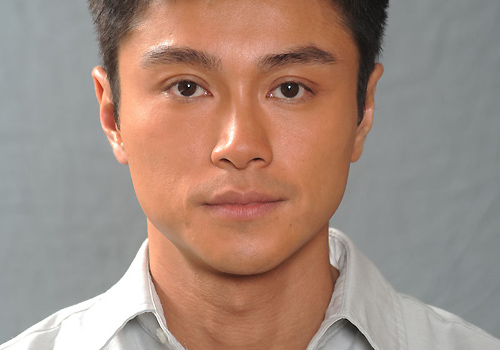 Although Raymond Wong (黃浩然) agrees with Sheren Tang  (鄧萃雯) that TVB’s system of handing scripts to their artists at the last minute is a problem that could eventually result in insipid acting, he claims this problem has long been in existence and TVB artists should have accepted that fact.

An actor’s life is never easy. On top of the lack of sleep, they also have to memorize long scripts. If they are only given the scripts a couple of days before filming, that could really pose a problem and may eventually affect the actors’ moods and performances. However, Raymond emphasized this system has long been in place in TVB and experienced actors should have gotten used to it. He said, “It has always been like this in TVB.  It is indeed hard work. So if you want a more comfortable life and you are capable, then head to China! You can even get a good 8 hours of sleep every night. If you want to stay [in TVB], then you can only accept the system.”

Now that he has another mouth to feed, Raymond’s financial burden has increased and he also hopes to be able to venture to China to earn more money next year although that means being separated from his family. As such, Raymond intends to take a break after every 5 months of filming so that he can spend more time with them. Raymond said, “Eventually we need to find a life balance. Work should not take up our whole life. Our family should be the most important.”

While ratings were lackluster for big-budget productions such as Bullet Brain <神探高倫布> and Beauty at War <金枝慾孽貳>, low-budget Slow Boat Home <情越海岸線>, on the other hand, has done unexpectedly well with ratings as high as 30 points. Starring Raymond, Ruco Chan ( 陳展鵬), Aimee Chan (陳茵媺) and Selena Li (李詩韻), Slow Boat Home is a romantic comedy based on Cheung Chau island. After favorable initial response, average ratings for the drama continued to hover around 26 points.

As one of the lead actors, Raymond does not give credit to himself for the good ratings. Instead, he feels Slow Boat Home garnered high ratings because it caters to the audience’s liking more than Bullet Brain and Beauty at War. Raymond added, “I haven’t watched the other two dramas because I have been spending time with my family. But I believe Lee Tim Sing (李添勝) and Jonathan Chik (戚其義) have done a good job. Just that, the dramas probably do not suit the viewers’ tastes.”

48 comments to Raymond Wong Hints He Will Leave TVB