Re-filming of “Legend of Ba Qing”; Fan Bingbing and Gavin Gao to Be Replaced 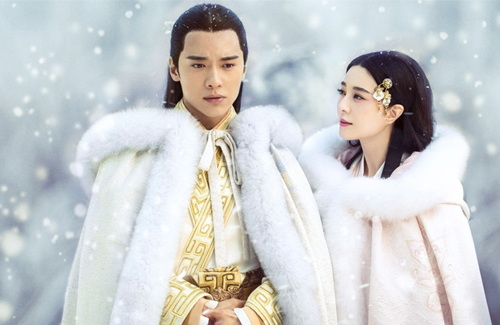 Mainland drama Legend of Ba Qing <巴清傳> was cursed with bad luck and unable to secure a broadcast date due to Fan Bingbing (范冰冰) and Gavin Gao‘s (高雲翔) scandals last year. Instead of scrapping the entire production and losing the 567 million yuan spent to make the drama, investors want to cast new artistes to replace Bingbing and Gao’s roles and re-film part of the drama.

Although Legend of Ba Qing was a costly production, the series’ broadcast was pushed back multiple times due to issues stemming from the leading cast. In March 2018, Gavin was arrested for sexual assault and went through a lengthy trial in Sydney, Australia.

Weeks after Gavin’s scandal broke, investors immediately asked Gavin’s scenes in Legend of Ba Qing to be deleted, and Li Chen (李晨) was allegedly going to replace him.

However, in June 2018, Fan Bingbing was exposed of tax fraud and investigated by authorities. Eventually found guilty, Bingbing was fined 800 million RMB in back taxes and fees. After her scandal, Bingbing sold her shares in her company, Zhejiang Talent Television & Film Co, the same company that produced Legend of Ba Qing.

With Bingbing and Gavin’s scandalous images, investors behind the drama want to re-film the series by injecting an additional 30 million RMB and cast new leads. They hope the drama can still air and be able to recoup some of their investments.

Without Fan Bingbing holding up the series, Legend of Ba Qing will most likely end up being a second-rated series and viewership ratings will most definitely take a hit.

3 comments to Re-filming of “Legend of Ba Qing”; Fan Bingbing and Gavin Gao to Be Replaced