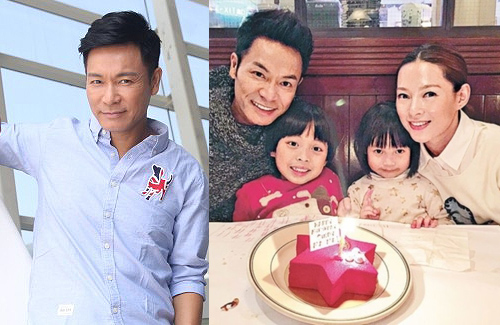 Three-time TV King, Roger Kwok (郭晉安) has starred in all three series of Wong Cho Lam’s (王祖藍) Inbound <老表> franchise. However he does not believe he will have a chance to win TV King this year. “If there is an award [it is unexpected]. Cho Lam said that Inbound is not the type of series to win awards. Comedies require teamwork and it’s hard to stand out.”

In the third installment, Roger stars alongside his At the Threshold of an Era (創世紀) costar, Ada Choi (蔡少芬). Despite it having a 17-year gap since their last collaboration, Roger and Ada still maintained their compatibility and onscreen chemistry. The two are now parents, and often share stories of their family and discuss raising children topics.

Roger said, “Our children are about the same age, but we have different ways of raising them. I am more stable, and she is a little riskier. For example, when she goes on vacation [with her children], she would choose to drive. I wouldn’t dare to do that. I’d rather use public transportation.”

Wife is a Good Mother

Roger is more lax when it comes to parenting and does not feel the pressure when it comes to raising his children, thanks to his wife, Cindy Au (歐倩怡). The 37-year-old mother has been responsible for planning the children’s everyday routine. Not only does Cindy check to ensure the kids are doing all of their homework, she was also the one who thought of sending them to to an international school. Roger said, “I hope the [kids] are happy when they are going to school. Whatever they choose to do with their lives, I will support them. Fortunately, they don’t have a lot of pressure from homework right now. Usually when I get home, they would have already finished their homework.”

Since all three installments of the Inbound franchise has been comedies, Roger suggested that perhaps Wong Cho Lam could produce a more serious drama. With so many ideas and suggestions, would Roger be interested in behind-the-scenes work? Roger laughed and said, “No, it’s too exhausting. When you work in the creative arena, you essentially don’t get to rest at all. Even after you get home, your mind is still on work mode. Wong Cho Lam has a big head, so he has a lot of brain space for creativity.”