The ice is still not broken between Rosamund Kwan (關之琳) and Carina Lau (劉嘉玲).

Their rift started in late 2015, when Rosamund was going through a split with her ex-husband, Chen Tai-ming (陳泰銘). Tabloids published photos of Chen going on a hike with Carina, which angered Rosamund, leading her to rant about Carina’s insensitive attitude to the press. Carina responded with confusion. The two actresses remained estranged to this day.

Both Rosamund and Carina were invited to attend the 2016 Leader of the Year Banquet last night. Whether it was by accident or by design, Rosamund and Carina arrived five minutes apart from each other. Reporters were unable to get the two actresses to pose for photos together.

Though Rosamund arrived after Carina, she was interviewed first. Open to being friends with Carina again, the 54-year-old said, “Let it happen naturally and comfortably. The incident has cooled down and I really don’t have anything else to say. It’s been two years. I’ve let go of it already.” (Will you reach out to her tonight?) “It depends on our seating arrangements.” (Maybe a photo together?) “Let’s see what happens.”

After Rosamund entered the venue, Carina came out to greet the reporters. Hearing that Rosamund has “let go” of the incident, the 50-year-old actress said, “That’s great. Congratulations to her! We actually share mutual friends, so we do see each other sometimes. But I haven’t seen her yet tonight.” (Feel awkward when you see her?) “How old are we? Of course I won’t.” (Sitting in the same table?) “Yes. Her seat is across from mine.”

Did no one try to be a middleman for them? “Please stop making this incident bigger than it is! We are fine! Stop causing trouble! We’re all at this age already. It’s all about being happy and healthy.”

Maggie Cheung (張曼玉) became a hot topic when tabloids published photos of the actress looking down in the dumps as she walked her dog. Before reporters finished their question about Maggie, Carina laughed and said, “This again? What happened?”

Though Carina and Maggie were considered to be rivals during the heyday of their television and film careers, Carina said she actually doesn’t know Maggie that well. “We’re not that close and we rarely see each other. We did see each other a lot when we were at TVB, but not so much in private. I don’t know her well at all.”

Carina, however, did defend Maggie against the reports, saying, “Us outsiders may think she looks depressed, but maybe she’s actually very free-spirited and fulfilled inside.” 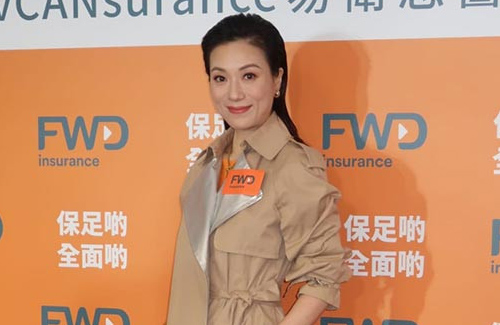 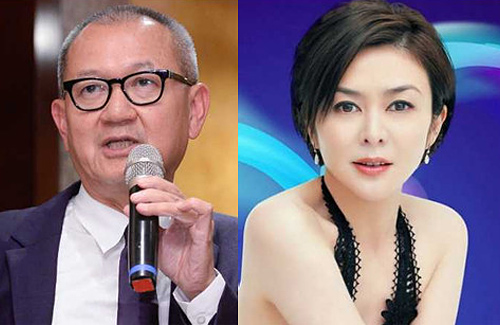