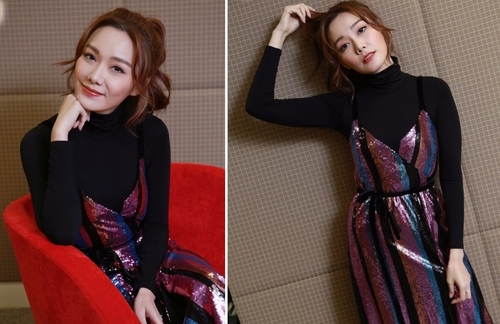 Lately, everything has been smooth sailing for Roxanne Tong (湯洛雯). Not only did she become a homeowner after becoming one of TVB’s fa dans, but also, she successfully regained her slim figure. It can be said her love life is the only area that could use some improvement. 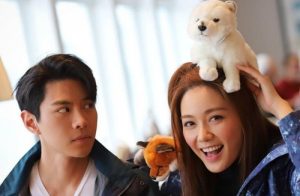 Though the 32-year-old reportedly dated Hawick Lau (劉愷威) and Cheng Tsz Bong (鄭子邦) after breaking up with Joey Law (羅天宇) in 2018, she still has not found her prince charming yet. She said it’s because she is carefully going through her candidates. “My ideal boyfriend is someone tall, mighty, and kind-hearted. But communication is the most important,” Roxanne shared.

However, who would’ve thought the actress used to be a paranoid girlfriend? Roxanne revealed she once lacked self-confidence and security, so she was often skeptical of her first boyfriend, whom she dated for four years. They met while studying in the United Kingdom, and they began dating when she was 21-years-old.

“He came back to Hong Kong for work first, and I followed suit later,” Roxanne said. “I was young, and it was my first time dating, so I didn’t want to get hurt. I was always afraid he would be cheating on me and lying to me.”

She continued, “Once, we were fighting with each other, and no one wanted to be the first to apologize. I suspected that he was cheating on me, so one day I waited for him outside of his workplace in Mong Kok for two hours to see what he would do after work. But he just left in a taxi.”

Her paranoia earned her the nickname of “female Sherlock Holmes,” as she used to check her ex-boyfriend’s phone. “He didn’t really care; he let me do it,” Roxanne shared. “Of course, now that I’m older and more mature, I don’t do that anymore. Both parties need to trust each other.” 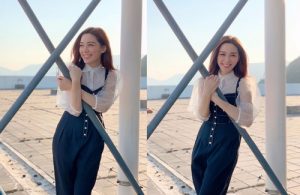 Eventually, they parted ways, but the relationship left a deep impact on her. She now understands that communication is essential for two people in a relationship. Currently single, Roxanne is letting nature take its course when it comes to romance and focusing on her career.

When she’s not working, she’s either at home or the gym. Not too long ago, her weight gain was a hot topic among netizens, but she’s since become obsessed with working out. “The heaviest I’ve been was probably 140 pounds. I think I was the lightest at 115 pounds during the Miss Hong Kong pageant. So now, I try to make time to exercise. As long as I’m living healthier, it’s fine!”