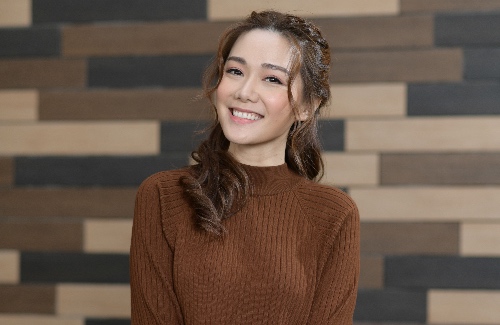 Since signing with TVB after competing in the Miss Hong Kong pageant in 2012, Roxanne Tong (湯洛雯) established a likable image and gained countless fans and suitors. She also won over the executives at TVB and has been receiving acting opportunities left and right. Although lacking in the romance department since splitting with ex-boyfriend Joey Law (羅天宇), it can be said that her career is relatively smooth sailing. However, the 32-year-old actress had moments of doubts over her acting career.

“I didn’t place in the top three in the Miss Hong Kong pageant, so I was really worried that I wouldn’t have a bright career prospect before me,” Roxanne explained.

Luckily, she was cast as Lee Si Si in beloved TVB sitcom Come Home Love <愛·回家> after joining the industry. However, the show eventually came to an end, and Roxanne was left worrying again. “Everyone told me that dramas are a different world from sitcoms,” she explained. “I didn’t know any other producers, and I was scared people would think I can’t play any characters other than Si Si. I was scared I wouldn’t have acting opportunities, so I cherished every opportunity that came my way.”

The first role she received after leaving Come Home Love was a prostitute with only a few scenes. “It didn’t feel good, but I thought I should accept all roles as an actress,” Roxanne shared.

Her commitment paid off as the producer cast her for more important roles afterward, so Roxanne is thankful that she did not give up. “And thank you to the friends who lent me their ears and cheered me on,” she expressed. 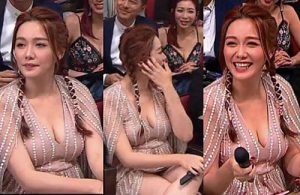 Last year, Roxanne was chosen to replace Jacqueline Wong (黃心穎) in the highly anticipated TVB drama Forensic Heroes 4 <法證先鋒IV>. At the time, she had to lose 10 pounds within a month for the role, so people were worried about her stress.

“As an actor, you need to self improve internally and externally, so I started working hard to lose weight during the middle of the year because I was too fat,” she said. “I love food, so I get fat when I have no self-control.”

Roxanne revealed she puts on weight easily even if she has a normal diet, so she didn’t eat when she received orders to lose weight. Yet, she didn’t lose any weight like that. It was only until after she finished filming that she found a way to shed the pounds. She started losing weight when she stuck to 1,200 calories daily. “I only counted calories, so I can even eat 1,200 calories worth of ice cream if I wanted to,” the actress said.

However, to speed up the weight loss, she does one hour of aerobics, one hour of muscle-training exercises, lymphatic drainage, and CoolSculpting. “It’s basically a five-method approach to lose weight,” Roxanne shared. “I’m visibly thinner now, but I didn’t check how many pounds I lost because weighting myself gives me pressure. I think I lost more than 10 pounds.”