Roy Chow: “I Fantasized About My Wife and Lover in Bed Together!” 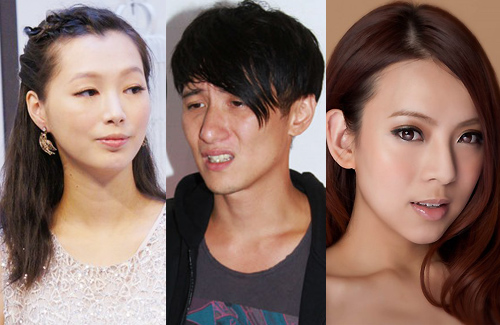 Roy also regrets shoving Yu roughly to the ground and causing her chin injury in a marital dispute over his infidelity on August 24.  After receiving five stitches on her chin, Yu filed a personal injury report against Roy. He is due for a court appearance on September 5.

Since her injury, Yu has not returned home and has been sleeping at various friends’ apartments. Roy has been taking care of their daughters, ages 4 and 1.

Roy wrote a letter to Yu letting her know that he intends to apologize publicly for his actions. In the interview, Roy said, “I’ve done many wrong things over the past ten years. I couldn’t resist temptation. If I were [Yu], I would also be very upset and not forgive ‘despicable low-life’ Roy Chow!”

While he felt guilty in cheating in his marriage, Roy did not end his affair with Ruby until after the scandal was exposed publicly. He apologized to Ruby, “It’s my fault for making you unable to face your friends and family. I hope everyone knows that it’s my fault and don’t blame the women.”

He denied taking pornographic photos with Ruby and said that the photos currently circulating on the Internet are not of Ruby and himself.

Roy felt deep regret in breaking up his family, and hopes the marriage will not end in divorce. He contemplated suicide, but felt it was not the right solution. “Does Yu want me dead? If she does, I can die.” However, his love for his two daughters held Roy back. “When I see my daughters, thoughts of suicide were quickly put aside. Every night, I hug my daughters to sleep. When I see my elder daughter, it is as if I can see Yu,” Roy said.

Roy revealed the couple maintained contact over WhatsApp, “Yu is concerned about my court appearance tomorrow. She is afraid that too many reporters will be present, so she will not be at court. We talk mainly about our daughters, whom Yu misses very much. She also cried!”

47 comments to Roy Chow: “I Fantasized About My Wife and Lover in Bed Together!”