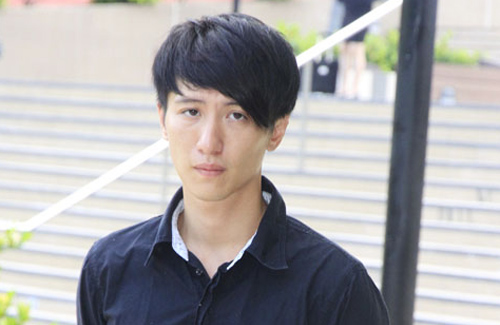 Singer Roy Chow (周永恒) was sentenced to 18 months of probation after injuring his wife, former Cantopop singer Yu Chiu (趙頌茹), in late August. The couple fought over Roy’s infidelity, which was a nine-month long affair with model Ruby Lau (劉依靜). Their argument turned violent and Yu sustained serious injuries on her jaw and knees, and Roy was arrested for domestic violence. Yu moved back to her parents’ place with her two daughters.

In late September, Roy was arrested again after causing a ruckus outside of Yu’s home. It was reported that Roy wanted to retrieve some photos of his daughter’s birthday party, but he was turned down and told to leave. Roy was enraged and threw insults at Yu.

Tabloids also reported that Roy had sent a WhatsApp message to Yu soon afterwards, threatening to kill her, their two daughters, and then commit suicide. An hour after sending the message, Roy went to his father-in-law’s home and demanded to see his two daughters. Yu’s father turned him away while Yu’s mother notified the police. Roy was arrested and faced charges for criminal intimidation.

On October 3, Roy attended a court hearing in Tuen Mun. His barrister proposed a $30,000 HKD in cash and $20,000 HKD in guarantee to bail Roy out, but this was rejected by the Tuen Mun magistrate. The judge stated that Roy’s mental state is unstable. Despite being on probation, Roy continued to harass and act violently towards his wife. The judge pointed out that, regardless of its scale, no one should send death threats to anyone, especially to children. As the case has turned more serious, the judge denied Roy’s bail plea. Roy is currently detained and will go to court again on October 10.

Roy’s parents were present at the court hearing. His father turned down all requests for an interview. Roy’s mother was asked if she will request to see her granddaughters. She replied, “They [Roy and Yu] are not divorced yet.”

Roy was earlier hospitalized for minor brain edema. It was rumored that the doctors suspect Roy to have nasopharynx cancer, but Roy’s mother chose not to comment on the reports.