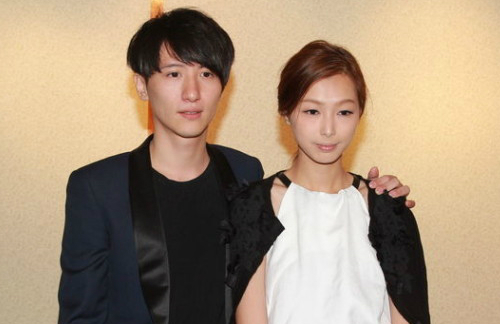 Earlier this year, Hong Kong singer Roy Chow (周永恒) was sent to prison for two months and put on probation for 18 months after threatening and injuring his wife, Yu Chiu (赵颂茹), during an argument over his infidelity. While Yu remains firm about a divorce, Roy constantly fluctuated between crying for forgiveness and threatening Yu to let him visit their two daughters. This afternoon, Roy publicly asked Yu for forgiveness by posting on his official Facebook page.

Roy and Yu reportedly separated after the court trials with Roy leaving Hong Kong to work in Mainland China. Tabloids suggested Roy had invested in a yoga centre in Shenzhen and became an instructor. Since his clients are allegedly very wealthy, Roy is said to be living in a luxurious mansion. Despite claiming to have separated with his lover, model Ruby Lau (劉依靜), the two are speculated to be currently living together in Shenzhen.

Just as many are starting to believe that Roy and Yu’s drama is finally over, Roy publically wrote on his official Facebook page, “Wife, I know I have been wrong. I almost died last night and it was God who saved me. The first people who came to mind at the time were you and our two daughters. Can you give me a chance to turn back? I’m writing here to let everyone know that I have been very wrong. I welcome everyone to call me a loser. I took one year to finally face reality, and I don’t deserve having people speak up for me. Thank you to all the tabloids who have targeted me, thank you! Today, I just want to have my family back. I hope everyone can give me one more chance. Thank you!”

Netizens had mixed feelings about Roy’s message to Yu. While some hope Yu will give him another chance, others told him to let Yu go. One netizen wrote, “Give her some space to walk down her own path. She won’t be happy walking with you! I hope she will meet a man who appreciates her and find true happiness.” When Yu was told about Roy’s Facebook message, she exclaimed, “Wow, not again! I have no comment about him.”

Roy later deleted his post and reporters telephoned him to ask why he “almost died” the other night. However, he only revealed he is fine now and that he broke up with Ruby a long time ago. In terms of being photographed with her in Shenzhen, Roy dodged the matter and went back to speaking about his Facebook post. “One reason I made the post was so I could lure the offensive netizens and block them.” When asked if he was genuine about asking Yu for forgiveness, Roy replied, “I felt emotionally compelled to post!”