Last year was an exhaustive year for Ruco, who filmed I’ve Got the Power <超能使者>, Guardian of the Dark Night <黯夜守護者>, Fall in Love with You in Childhood <童時愛上你>, and The Invisible Team <隱形戰隊>. Despite the lack of a break, Ruco accepted yet another action drama produced by Amy Wong (王心慰) in which he portrays an insurance investigator.

In one scene, Ruco had to save Hugo Ng (吳岳融) after he falls off a cliff. Ruco laughed, “The fight scenes nowadays are not as strenuous on the body. Back then, we would always get hurt. Now, we use padding as protection. The more experience we have, the safer we are [during filming].”

Preferring to perform all action scenes himself, Ruco reveals that he is not a fan of using stuntmen unless the shots involve street racing or he is sleep deprived. “It’s okay if we use fists and legs, but I get nervous in scenes where we have to jump from one rooftop to another – that’s when I would use a stunt person. If it is not a major scene, I would do it myself especially since viewers can tell. Even though most scenes can be done in one take, people have such high expectations that one particular shot usually gets re-filmed dozens of times. You really can’t be physically unfit during times like this.” 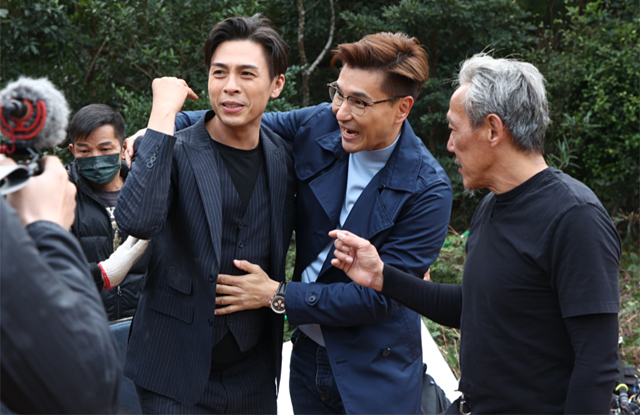 Since the cast has to film without masks, they are doing daily COVID-19 testing to ensure safety.