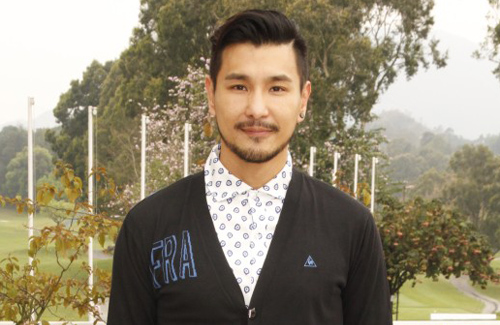 Taking the motorcycle for a spin, Ruco said, “This 3-wheel motorcycle actually looks so nice that I’m tempted to get one. I don’t have to wear a helmet and that means other people can see me when I ride it!”

Serious about pursuing the hobby further, Ruco added, “I’m going to take the motorcycle test in August. This is for personal reasons and for filming. I’ve checked it out–as long as I drive slowly, it’s very safe!”

Having maintained a good relationship with many car dealerships, Stefan managed to persuade dealers to sponsor motorcycles for filming. Also lending out his own personal motorcycle to film the drama, Stefan is not worried that the actors will damage it. If fast driving is required for the scenes, Stefan promised to handle the scenes himself.

In addition, Stefan revealed that since his wife will be giving birth in May, he has been driving extra carefully lately. Instead of going out frequently with his friends, Stefan will be his family’s personal driver until the baby arrives.