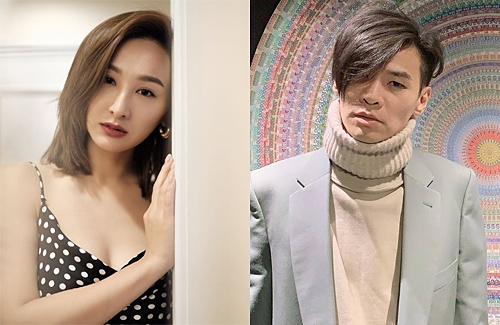 Romantically linked with Chi Wai for five years, Samantha neither confirmed nor denied the relationship directly but it has been an open secret that they are a couple. In a previous interview, Samantha even disclosed her admiration for the musician, who is eleven years older than her. Chi Wai was reportedly a very attentive and caring boyfriend. The pair was speculated to have moved in together after being sighted entering the same residential building last year.

Stating that she treats all dating partners as potential marriage partners, Samantha had wanted to get married before turning 35. After marriage, she doesn’t want to be a career woman and would much rather spend time with her family and take care of her children.

Just as many believed that the two were heading towards marriage, keen-eyed fans realized that Samantha and Chi Wai unfollowed each other on Instagram. As the 33-year-old actress hasn’t liked any of Chi Wai’s posts since July 2019, netizens began worrying that perhaps the couple has gone splitsville. Another suspicious gesture was that Samantha had liked and then quickly unliked Chi Wai’s posts in December.

Samantha Ko Comes to Terms with Her Sexy Image