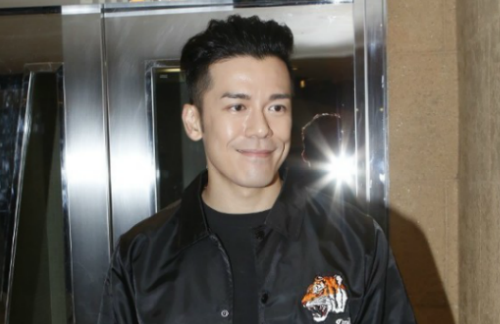 Sammy Sum (沈震軒), who has always been known for his chiseled figure, attended a Muay Thai competition as the guest of honor. During an interview with the media, he revealed he almost signed up for a Thai boxing match in the past.

At the time, he was learning how to box and often went to the boxing gym. “I used to train very often, I even went to Thailand with my master to train,” the actor and singer shared. “While we were there, we watched some matches, and the atmosphere gave me the urge to sign up for a less intense match, but I saw someone got hit so bad their cheekbone was showing. So I said, ‘I’ll stick with acting.’”

He expressed Muay Thai fighters are accustomed to such injuries. In fact, the match will continue if there is no blood getting into the eyes and if the bleeding can be stopped. However, he believes safety is more important than the thrill of the fight. “When you reach a certain point you need to be able to step back,” Sammy said. “Thailand boxers train since young and gradually progress to more advanced matches. The matches between kids are very intense. I don’t think I’d win against a child.”

Sammy added that he hasn’t been maintaining his physical fitness while he’s been working in Mainland China. Thus, he’s been stepping up his game and training his physical strength more frequently. “I am very addicted to working out,” he shared. “My idol is The Rock (Dwayne Johnson). An artist’s attitude is very important and self-discipline is needed. When I work out often, I will look better on the job, and my physical and mental state will also be better. Even when I don’t have work, I won’t eat random junk and laze around.”

In addition, he said he plans to find his master to practice Muay Thai later on. When asked if there are any female boxing students, Sammy smiled and said, “Girls knowing a bit of Muay Thai is good, they’ll be able to protect themselves and exercise this way. But they shouldn’t be too good at it; girls need to retain their gentleness.”