Sammy Sum’s Aunt Calls Him Out as Ungrateful 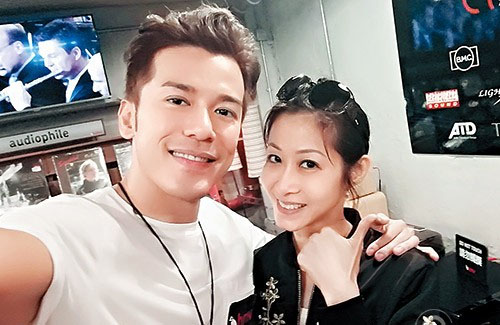 With his sharp and charismatic looks, Hong Kong actor Sammy Sum (沈震軒) was once the trend of the Hong Kong industry. The former TVB actor, who made his debut in 2007 shortly after his TVB audition, shot to fame after portraying “Bao Tang” in the 2011 TVB crime drama Lives of Omission <潛行追擊>, which led him to roles such as Don in 2012’s Lan Kwai Fong 2 <蘭桂坊2> and Kobe in 2014’s Line Walker <使徒行者>. Sammy has also managed time for a solo album, becoming a new star in the music industry.

But Sammy’s stardom didn’t come at a coincidence. His aunt Winnie Lui (雷晴雯), a former TVB star, had a hand in pushing Sammy’s career. Winnie debuted in the industry in 1995 as a member of the Electric Girls (電波少女), a team of TVB variety actresses that also included Irene Wang (旺琳) and Sherming Yiu (姚樂怡). Winnie eventually faded out of the screen to pursue a career backstage. She used her close relationship with staff and executives to help Sammy find work.

“After hearing about my nephew’s interest in the entertainment industry, I really tried my best to help him,” said Winnie. “That’s me. If you are my friend, I will do anything to help you, let alone a relative [like Sammy]. I’ll do as much as I can! I helped him get interviews and find sponsors. The first job I accepted for him was a charity show. I invited him to the show with my own money.”

Winnie’s busiest time as Sammy’s pseudo-manager was during the time he filmed Lan Kwai Fong 2. Winnie explained, “This film was the project that rose his ranks. The studios weren’t planning on using him at first because they found him troublesome, so I had to pull some strings for him to get the job. I was with him for all of his interviews.”

However, the 41-year-old former actress said Sammy wasn’t very appreciative of her work. “There was a time when I was accidentally caught on camera with him. He got very upset about that. He told me I was being too high-profile, and that the best way to support him was to not make an appearance. I don’t think the name Winnie Lui was ever mentioned alongside his name in the news before. I was stupid. People could see his hard work, but how about mines? Why do I have to tie my life to his?”

Finding jobs weren’t the only things Winnie did for Sammy. She had also helped him organize fan meetings, manage social media, and update his news for his fans. Tearing up, Winne said, “I felt like I was his servant. I managed his Weibo, Facebook fans page, and all of his social media. But in the end, I got no acknowledgement for my work. Maybe I did too much for him. I felt stupid!”