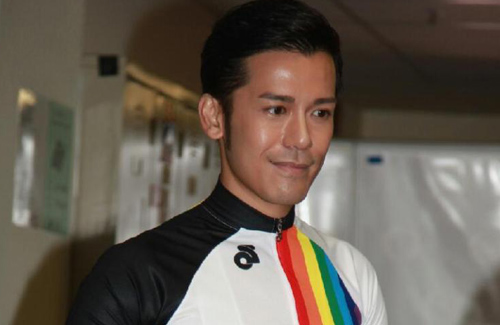 Sammy will be even busier this year. The 31-year-old will soon begin the filming of his TVB drama Cross the Finish Line <衝線> in a prominent role. Also working on his debut album, Sammy is prepping himself for the filming of his upcoming new music video as well. Sammy needs to be as physically fit as possible.

Reporters phoned Sammy and asked him why he did not invite his rumored girlfriend, Katy Kung (龔嘉欣), to jog with him. Sammy laughed loudly and said, “Don’t play with me! We’re just friends. I don’t need a jogging buddy.”

Sammy revealed that he has recently been learning dance choreography for his new music video. In addition, his role in Cross the Finish Line will also be physically demanding as he will be portraying a road cyclist. “I need to have good endurance,” said Sammy. “I don’t want people to think I’m scrawny.”

Sammy said he is extremely grateful for the opportunities given to him in the last few months. “I do not want to disappoint the people who helped me. I will try my best to do everything well.”