Shaun Tam is the New TVB Actor to Watch 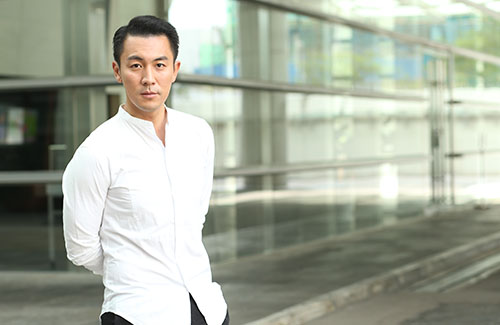 38-year-old Shaun Tam (譚俊彥), son of Ti Lung (狄龍), left his career in Mainland China after starting a family with his wife, Ren Zhiyan (任祉妍). Having decided to focus his career in Hong Kong, Shaun signed with TVB to be a managed artiste, and immediately snagged his first role as the Jiaqing Emperor in Succession War <天命>. 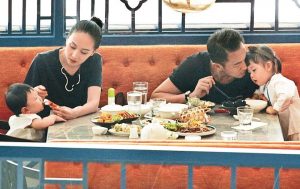 Two years into the TVB family, Shaun is already well-integrated and popular. After co-starring with Ruco Chan (陳展鵬) in Succession War, Shaun earned another lead role in The Stunt <特技人>. Shaun has just completed work for Justice Bao: The First Year <包青天再起風雲> and is currently filming The Killing from 18 Years Ago <十八年後的殺人告白>, both in leading roles. It has also been reported that Shaun has agreed to film the upcoming Forensic Heroes IV <法證先鋒IV> as the male lead.

It’s not easy being a popular TVB actor and a father of two young children, but Shaun has managed to balance both. Shaun would spend time with his family during breaks, and in a recent paparazzi spotting, Shaun and his wife were seen taking their daughter and son to lunch at a nearby shopping mall. The family also stopped by a shoe store to purchase some kids shoes.

In a recent event to promote The Stunt, Shaun expressed his feelings about being a newcomer all over again, saying, “The cast and crew for this drama are all relatively new, so we worked really hard on it. We can’t look bad! It’s already been a year since we filmed the show, bout our group chat is still as active as ever. We just have so many things to talk about.”