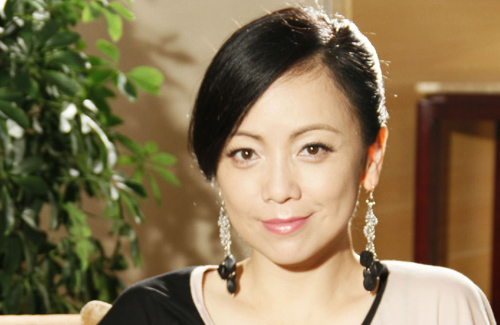 Sheren Tang (鄧萃雯) has maintained a low profile after completing promotional activities for Beauty at War <金枝慾孽貳>. Due to the on-set conflicts she has experienced, Sheren is often said to have taken time off to recover from her severe bout of depression. Recently, Sheren spoke out on Weibo to set the record straight regarding her current condition. She also urged fans to exercise good judgment when reading news reports, and encouraged them to seek help when needed.

Sheren has been an active member on Weibo and frequently shares her life views and latest photos. In late August, Sheren spoke about her giving Christian testimonies in Vancouver, Canada, and shared a photo of a very swollen eye, saying that she has gotten a bad skin reaction and suffers from an itchy neck.

On September 10, Sheren posted a message to debunk a false rumor that was about to be published. “I know that in the near future a magazine will once again publish a false story about me. They have a photo of me with a large tumor in the neck. Even I was shocked when I saw it. I have never seen this tumor. If it was true I would never wear clothes that would show my neck. I believe the media will continue to make up stories about my stopping work to treat a serious illness, in order to make more sales. Originally I only had some momentary emotional dilemma, but they insisted on calling it depression, and later ‘severely depressed and suffering from its after effects’. What were they thinking?”

A few hours later, Sheren continued her thoughts in another post, hoping to use herself as an example to warn others about the very real dangers of stress. “There is so much negative energy in society. Too many people are suffering from extreme pressure, unable to be happy and even sacrificing their health. Because of this, I hope to use my own experiences to remind everyone to not take invisible pressures lightly. Don’t be afraid either. When you experience emotional troubles, be aware of it, seek help, and learn to step out of a difficult situation. Gossip is a fearful thing but I would not take it to heart. I just wish both you and I well since we live in the same space. If you want to see how healthy or happy I am, you only need to check my Weibo.”

Reporters reached out to Sheren’s manager Helen to see if Sheren’s previous post about her skin allergy may have caused misunderstandings about her current health condition. Helen explained that Sheren’s immunity was compromised after suffering from food allergy while in Canada. As a result, she easily contracted a bacterial infection in her eye, causing it to swell. She added that Sheren has since fully recovered and thanked everyone for their concerns.