After Show Lo‘s (羅志祥) ex-girlfriend Grace Chow (周揚青) exposed his infidelity, the Taiwanese pop star was bombarded with endless ridicules and criticisms across all media outlets and online discussions. Since Grace revealed Show cheated on her with multiple women, netizens immediately tried to figure out their identities. During the process, Show’s past rumors with close female friends and colleagues stirred up again, including his alleged involvement with Taiwanese entertainer Linda Chien (愷樂) and Hong Kong actress Chrissie Chau (周秀娜).

Although both Show and Linda denied the dating rumors in 2010, Linda is now seemingly admitting to the cheating accusation by issuing a public apology to Grace. Likewise, Chrissie also denied being involved with Show in 2013 – when reports of their two-hour secret affair at his hotel came about. 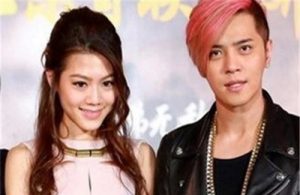 According to Hong Kong media, Show and Chrissie became close friends in 2013 during the filming of the movie, Journey to the West: Conquering Demons <西游·降魔篇>, despite having no scenes with each other. Their surprising close friendship truly showcases Show’s top-notch flirting skills.

That same year, Show held a concert in Hong Kong, and Chrissie reportedly went to support him with her friend. It was speculated that the actress visited him at his hotel on the night of his last show and stayed for two hours before leaving.

Chrissie denied the allegations of a secret fling, but she openly admitted to going to the same hotel he was staying at. She explained she went there to find her female friend, and she did not know which room Show stayed in. In a further attempt to dismiss the affair rumors, she vaguely added, “I don’t rule out development with anyone.”