Single Again, Does Karena Ng Want to Go Back to Raymond Lam? 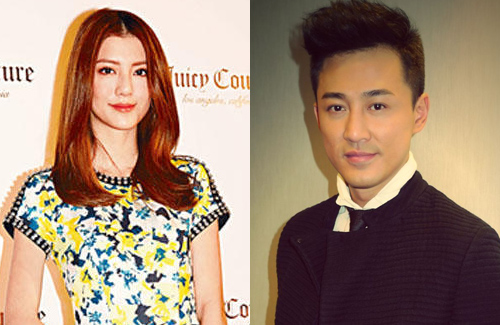 The latest gossip mill in Hong Kong is turning its focus back to Karena Ng (吳千語), and sources are saying that the actress is interested in rekindling her romance with former flame, Raymond Lam (林峯).

The 25-year-old actress made her debut film appearance in 2011, at 18 years old. Managed by Raymond Wong’s (黃百鳴) Pegasus Entertainment, Karena’s film debut earned her a Hong Kong Film Award for Best New Performer nomination, successfully putting her on the young stars to watch. Her collaboration with Raymond Lam the following year—Love is… Pyjamas <男人如衣服>, was the magnet that brought the pair together.

Karena and Raymond dated for about four years. It was Raymond who confirmed the relationship back in February 2013, professing that he “loves his BB,” and named one of his songs after the endearment. Their relationship was not met with much support, as fans criticized their age gap. There were also rumors claiming that Raymond’s family disliked Karena, and that Karena herself was materialistic, only dating Raymond for his wealth. Although she has a prolific film career given her years of debut, Karena was mainly known for being Raymond’s girlfriend.

Soon after splitting with Raymond sometime in late 2017, Karena started dating Brian Shi (施伯雄), a wealthy third generation. However, Brian Shi never confirmed Karena to be his girlfriend. Now, new rumors have developed, claiming that Karena and Brian have already “split”, and Karena is now looking for ways to rekindle her flame with Raymond.

However, Raymond has allegedly denied Karena’s advances. He professes his love for his new girlfriend, Chinese model Carina Zhang (張馨月), who he also sees as a marriage partner. Carina s a caring and kind partner. She is also very filial and is well-liked by Raymond’s family.

Raymond has no officially proclaimed to the public about Carina status in his life, but the Chinese model did recently share a picture of herself by Raymond’s pool at home. Raymond also attended the wedding of Carina younger brother.

2 comments to Single Again, Does Karena Ng Want to Go Back to Raymond Lam?