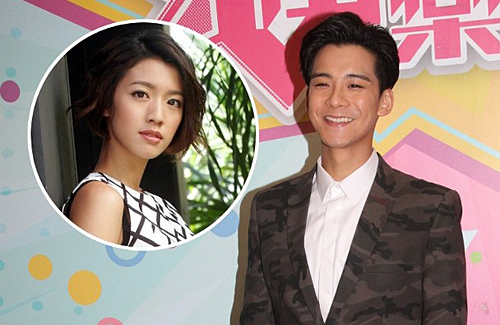 Dating rumors involving Sisley Choi (蔡思貝) and Dickson Yu (余德丞) have been circulating for over a year, even though the pair insists they are just be friends. Since Sisley is often busy filming dramas, she doesn’t have a lot of free time to meet up with Dickson, and was even two months late in celebrating his 30th birthday in September!

“It’s been two months past my birthday. I finally had a chance to eat this dinner. When she invited me to go, I was very shocked,” Dickson said.

As for the celebration, Sisley treated Dickson to hot pot, and when asked if that was considered a date. He responded that it was just a friendly gathering. He joked said that she bought him a cheesecake, but he doesn’t like cheesecake, so in the end, Sisley ate it herself.

While discussing how difficult it was to meet up with Sisley, Dickson revealed that Sisley was indecisive as to whether she would attend Kay Tse‘s (謝安琪) concert in October and only showed up last minute.

Currently, Dickson’s biggest wish is to focus on his career. Though he has a cameo appearance in Line Walker 3 <使徒行者3>, Dickson hopes to film more dramas next year.

Source: On.cc
This article is written by Hailey for JayneStars.com.