Chinese actor Song Weilong‘s (宋威龍) star is rising fast, and the broadcast of Go Ahead <以家人之名> cemented him as one of China’s most popular young actors. Only 21 years old,  Weilong has received many opportunities after signing with producer Yu Zheng ‘s(于正) management agency.

Born in Dalian, Liaoning province, Weilong was inspired by Jet Li’s (李連傑) The Legend of Shaolin Kung Fu  <少林寺傳奇> and wanted to become a martial arts star when he was nine years old. Later, he went against his parents’ wishes by leaving home to enroll in a martial arts school. Though it would be Weilong’s handsome looks that attracted widespread attention, leading to his modeling gigs and eventual stardom as an actor.

Receiving his first breakthrough in 2018 ancient costume drama Untouchable Lovers <鳳囚凰> when he was 18 years old, Weilong is a prolific actor and went on to lead four dramas this year: Beautiful Reborn Flower <彼岸花>, Find Yourself <下一站是幸福>, In A Class of Her Own <漂亮書生>, and Go Ahead. Coupled with his variety show appearances, it seems as if Weilong is everywhere. He will be seen opposite Jing Boran (井柏然) in upcoming drama The Society of Four Leaves <张公案>, which is adapted from the popular Internet novel of the same name.

As his dramas were all well-received, Weilong is highly sought after by advertisers and endorsed a total of nine brands ranging from fashion, food, electronics, and skincare this year alone. His latest collaboration is with international luxury brand Burberry, who signed Weilong as their official spokesperson in China. The young actor’s commercial success this year landed him the 45th spot on Forbes China Celebrity 100 list, a ranking of the most influential local stars. 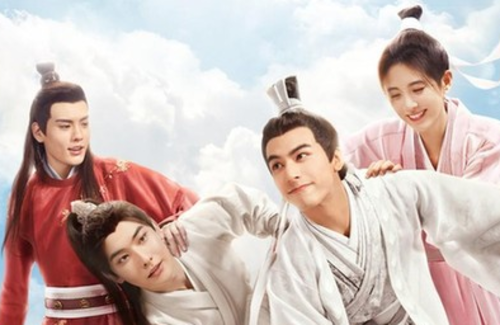 “In A Class of Her Own” stars Ju Jingyi, Song Weilong, Bi Wenjun, and Wang Ruichang.