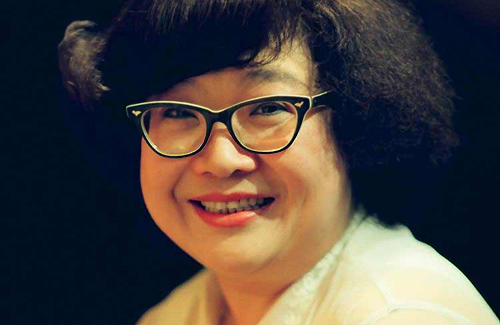 Barely a month after Leslie Cheung’s (张国荣) memorial concert, many Hong Kong celebrities will gather for Lydia Shum’s (沈殿霞) upcoming commemorative concert. Marking the 5-year death anniversary of Lydia “Fei Jeh”, the concert will be held on June 1, 2013 at the Hong Kong Coliseum. Eric Tsang (曾志伟) also took it upon himself to be the convener, gathering Fei Jeh’s good friends together for the concert. Joyce Cheng (郑欣宜) will also fulfill her mother’s dream by performing at the Coliseum.

In 2008, Fei Jeh who had been suffering from several medical conditions, including liver cancer, was taken off  life support after her condition worsened. She passed away peacefully with her loved ones by her side on February 19, 2008. Fei Jeh’s celebrity friends, such as Eric, Liza Wang (汪明荃) Carol Cheng (郑裕玲) and godson Jacky Cheung (张学友), will gather for the concert. Taking into account the recent tragedies in China and Boston, they hoped to inject positive energy and good cheer to audiences. Since Fei Jeh is known for her laughter, the concert organizers hoped to bring back memories of her sunshine personality.

Joyce Cheng in the Spotlight

For the remaining 30 minutes of the concert, Fei Jeh’s only daughter, Joyce Cheng, will fulfill her mother’s dream and perform at the Hong Kong Coliseum. The list of accompanying singers who are appearing in this segment has yet to be finalized.

In a telephone interview yesterday, the concert organizer, Mr. Tse said, “A press conference will be held on April 29 and Jacky, Eric as well as Liza will be in attendance. Fei Jeh’s show will have more stars than Gor Gor’s!” When asked if Fei Jeh’s ex-husband, Adam Cheng (郑少秋) will be invited to be a guest performer, Mr. Tse said they have not thought about it nor has anyone suggested it. He added, “The goal of the show is to remember Fei Jeh. If Adam buys a ticket to watch the concert, we welcome him.”

Mr. Tse reiterated that the intention of the concert was to remember Fei Jeh and not to make money. He made a rough estimate that even with a sell-out show, the event will still lose over $20,000 HKD. As a result, they are now looking to cut down on production costs. Mr. Tse also used the opportunity to thank many superstars for performing without remuneration. He stated further that even if there is any profit, Eric will ensure that it will be donated to charity.

Tickets for the concert are already open for sale and the poster, which uses a collage of Fei Jeh’s joyful expressions and caricature, gives off a cheerful vibe.