In recent years,  Stephy Tang (鄧麗欣) shed her sweet and innocent image for more complex roles on the big screen. In The Invincible Dragon <九龍不敗>, slated to hit theaters on June 20th, she acts as the kidnapped fiancée of policeman Kowloon, played by Max Zhang (張晉). This time, she has to challenge herself by portraying both her character’s strong and naïve side in a short time period. Thankfully, Stephy loves challenges.

The star started off as a model before becoming a singer, an actress, and even an author. In 2017, she took home the Best Actress award at the Hong Kong Film Critics Society with her performance in the action movie The Empty Hands <空手道> – successfully ridding her romantic lead typecast.

Outside of her acting career, Stephy attempted many other things too. She has been running a fashion business in Mainland China since 14 years ago, and she now has 15 branches. “The business has always been led by two of my good friends, I just learn from them,” Stephy said of the business’ steady rise.

On top of that, Stephy also opened a healthy beverage shop in Taipei last year. “Opening a shop in Taiwan was a coincidence. I suddenly came across the right shop, and one of my friends is familiar with the business in Taiwan, so I opened a store. I also plan to open a branch in Hong Kong,” she stated.

Working hard to earn money, Stephy finally realized her childhood dream of purchasing a house for her mother when she bought a unit in the luxury Residence Bel-Air. She currently lives there with her mom, as they share a strong bond, especially since Stephy grew up in a single-parent family.

However, she struggles to express herself to her family, as her family is more conservative. “We rarely express our feelings, but I think we should show our concern more, especially when we can’t spend much time with each other. Just saying, “I miss you,” can make them really happy. I rarely do things like that, so it’s something I need to learn,” Stephy expresses. 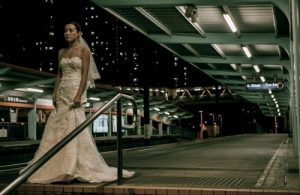 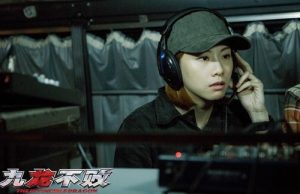