Steven Cheung Hid in a Closet to Avoid Reporters 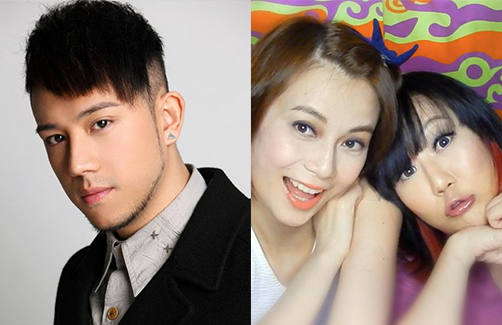 It’s going to be hard for Steven Cheung (張致恆) to recover his image. After cheating on his girlfriend Xenia Chong (莊端兒) with the Taiwanese model Doris, Steven’s past relationships and past cheating scandals are also coming to light.

In the radio show Ms. Piggies <屬豬嘅小姐>, hosted by Steven’s friends Sai Lei Mui (茜利妹) and Yan Ng (吳日言), the duo lightly touched on Steven’s recent cheating gossip and said the Brother’s Keeper 2 <巨輪II> actor had a pretty difficult relationship life back when he was still active as a member of the idol boy band, Boy’z.

Yan revealed that back in 2003 or 2004, when Steven was still in an underground relationship with another idol singer, he had to avoid the paparazzi by hiding in a closet.

Sai Lei Mui, who claimed she was an “insider” of the incident, said, “At the time I was still writing something for that female singer!” Yan replied, “You’re being very obvious about who it is!” Sai Lei Mui said, “It doesn’t matter. It’s all in the past now! That singer is now married with kids.”

The DJs did not specifically mention the female singer’s name, although it is widely known that Steven had dated singer-songwriter Maggie Fu (傅又宣) for a number of years.

Sai Lei Mui continued with the story, “The paparazzi were waiting outside of her home. I told the female singer that her home is at the end of an alley, so in theory there was no escape. I suggested that maybe [Steven] should spend the night at her place before leaving, but she said it was impossible. The reporters had perseverance. Steven also had to work the next day, so he had to leave.”

Sai Lei Mui then heard from her friends that the female singer had called help from a few unfamiliar male friends, who put Steven in an empty closet and “shipped” him out of her house.

After the radio segment, reporters phoned Sai Lei Mui to get more details on the topic. She is not worried that Steven would be angry with her reveal, explaining that they’ve been friends for many years and that she sees Steven as her own younger brother.

In regards to Steven’s cheating reports, Sai Lei Mui sighed and said, “I knew all of his girlfriends, such as Sherman Chung (鍾舒漫) and Xenia Chong. It hurts me to see him having to make a public apology.”

Sai Lei Mui then said Steven has been in the industry for many years, and believes that he would be able to cope with the negative press.

Steven, on the other hand, chose to stay silent and refused to answer any questions in regards to his current news.