Sunny Chan Waits for HKTV License; Will Not Return to TVB 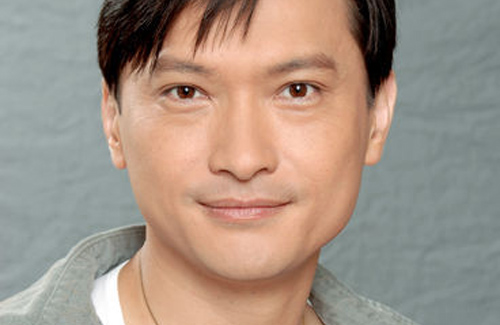 The exodus of seasoned actors has become an ongoing problem for TVB. Even TVB’s favorite, Raymond Lam (林峯), decided to leave the station and concentrate on his movie and music career. With fewer than a dozen leading actors left in the roster consisting of Kevin Cheng (鄭嘉穎), Moses Chan (陳豪), Ruco Chan (陳展鵬), Roger Kwok (郭晉安), Kenneth Ma (馬國明), and Bosco Wong (黃宗澤), TVB has no choice but to recruit their old artistes back. Although Sunny Chan (陳錦鴻) was invited back to TVB, he turned down the offer on the spot.

Sunny chose not to renew his management contract with TVB at the end of 2013 because he wanted more freedom in his filming schedule to spend with his family. He preferred the flexibility offered by upstart station, HKTV. However, due to HKTV’s problems in securing a broadcasting license from the Hong Kong government, its productions have been halted with staff layoffs.

Like many artistes who joined HKTV, Sunny has been unable to take part in filming series. Despite his four-year contract, Sunny has no choice but to stay home. During this time, Sunny has been spending more time with his wife Ada To (杜雯惠) and son. He also took a job hosting a Sunday radio program, Family Affairs <訴心事家庭>, with his wife.

Sunny admitted that representatives from TVB contacted him earlier to ask about his current situation due to HKTV’s licensing problems. TVB even asked Sunny to end his contract with HKTV early.

“After signing with Ricky Wong (王維基), it is not a problem to go back to film with TVB. But I don’t want to terminate my contract with HKTV. It doesn’t even matter if money is involved; people should have their principles,” Sunny said.

45 comments to Sunny Chan Waits for HKTV License; Will Not Return to TVB