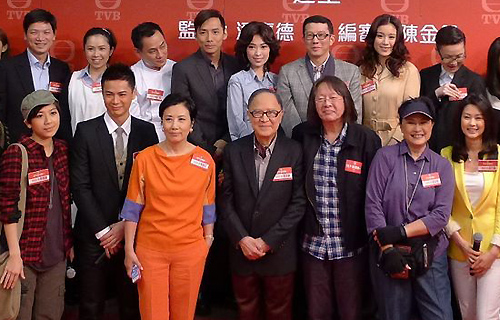 Previously claimed to be the sequel to 2009 TVB time traveling comedy, A Chip Off the Old Block <巴不得爸爸…>, Divas in Distress <巴不得媽媽…> features an entirely different cast and premise. Produced by A Chip Off the Old Block producer, Poon Ka Tak (潘嘉德), Divas in Distress brings back two of TVB’s top fadans of the 1970s, Liza Wang (汪明荃) and Gigi Wong (黃淑儀), to star in the 22-episode drama!

Retired television actresses, Sheung Yeung Hung (Liza Wang) and Miu Sing Ho (Gigi Wong) can never seem to get away from each other. From competing for #1 sister thirty years ago, to being in-law families thirty years later, Hung and Ho are always trying to find ways to step onto each other’s shoes.

If it were not for the respect of their sifu, Fung Han Man (Chung King Fai), Hung and Ho would never cross paths again.

Hung and Ho’s feuds are making things difficult for their sons and daughters, but what can they really do?

Divas in Distress is slated to premiere on Monday, August 27th in Hong Kong.