Raising a baby during a pandemic year is not an easy feat, and Tavia Yeung (楊怡) and Him Law (羅仲謙) have already taken extra health precautions in caring for their six-month-old daughter Hera. To ensure the family’s well-being, the couple is even taking drastic measures such as changing their Chinese names, a move which some believe to improve feng shui and bring greater fortune. 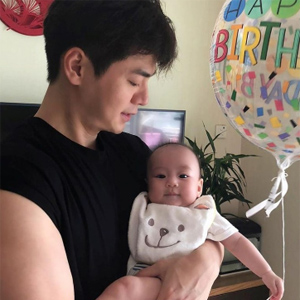 It was said that Tavia initially had difficulty conceiving because of her poor health, as she suffered from rheumatoid arthritis on her spine and numerous pains. Slowing down her acting career significantly after marriage to nurse her body back to health, Tavia was finally able to fulfill her dream of becoming a mother. Since becoming parents this April, Tavia’s social media has been filled with pictures of Hera, and Him’s life revolves around his daughter too.

The couple recently celebrated their fourth wedding anniversary and their first anniversary as new parents.  The pair have made an important decision to change their Chinese names for the sake of their daughter.

Announcing her new Chinese name as Yeung Sin Yiu (楊茜堯) and Him’s name as Law Chi Yik (羅子溢), Tavia wrote, “In a blink of an eye, Hera is already six months old. Over the past year, we have experienced many changes. For the well-being of our family, we have made a decision to change our names starting today.”  Despite their name changes, Tavia emphasizes that they are still the same people they have always been and realizes that it will take time for others to get used to the changes.

While sending their blessings to the family, many netizens also have questions about their new names. Some are confused about the pronunciation of the character “茜” which can be pronounced as “sai” or “sin”. Some also felt that it would be very hard to dissociate Tavia from her original Chinese name, Yeung Yi, which she has been known as for over 20 years.