Tavia Yeung May Leave TVB in April, Turns Down “The Conspirators” 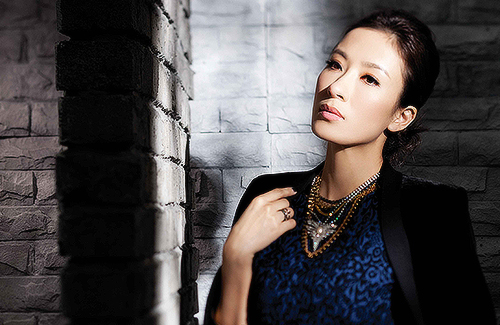 Tavia Yeung (楊怡) may not renew her TVB management contract once it expires in April. With the future of her contract uncertain, the actress had to turn down a role in TVB’s upcoming drama The Conspirators <與諜同謀>, which stars Gallen Lo (羅嘉良). The Conspirators begins production in March.

The 36-year-old said she was excited for the opportunity to work with Gallen when TVB producer Wong Wai-sing (黃偉聲) first offered her the role. But because her contract will end one month into production, she had no choice but to turn it down, adding that it is her responsibility to not jeopardize the project with her contract matters. She felt pity for not being able to work with Gallen. Rumor has it that TVB canceled the broadcast of Tavia’s last TVB drama The Last Healer In Forbidden City <末代御醫> because of her decision to not renew, but costar Roger Kwok (郭晉安) said he is not worried about the rumor.

“This is a big-budget production,” said Roger. “I’ve never heard of a business that would not want to make back its investments.”

The Last Healer In Forbidden City is expected to premiere sometime this year on TVB’s on-demand streaming service, myTV super.

Tavia was a graduate of the 13th TVB artists training class in 1999 and was cast in her first major supporting role in 2000’s The Green Hope <新鮮人>. She won the TVB Anniversary Award for Most Improved Female in 2003 for her performance Vigilante Force <智勇新警界>, Best Supporting Actress in 2008 for Moonlight Resonance <溏心風暴之家好月圓>, Most Popular Female Character in 2009 for Beyond the Realm of Conscience <宮心計>, and Best Actress in 2012 for Silver Spoon, Sterling Shackles <名媛望族>. She is the first TVB actress to hold all four major acting accolades.

26 comments to Tavia Yeung May Leave TVB in April, Turns Down “The Conspirators”