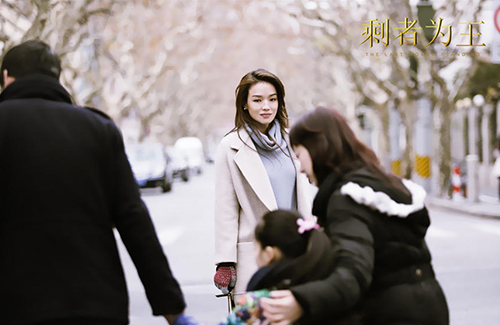 Touted as the must-see romantic film of the year, The Last Women Standing <剩者为王> starring Shu Qi (舒淇) will be premiering in Chinese cinemas this November. The romantic comedy, which also stars Eddie Peng (彭于晏), Pan Hong (潘虹), Chin Shi Chieh (金士杰), and Lynn Hung (熊黛林), the movie follows Ruxi, a single career woman in her mid-thirties who falls in love with a much younger man. Supported by a strong award-winning supporting cast, The Last Women Standing is predicted to be a box office success in Mainland China.

The Last Women Standing, produced by Sheng Huatao (滕华涛), is directed by Chinese novelist Luoluo (落落). The film is adapted from the best-selling novel Queen Stain <剩者为王> by Luoluo, which was released in January 2011. The sequel series of Queen Stain was released in December 2014. Like the film, the novel follows Ruxi, a single woman in her thirties, who falls under scrutiny when she begins dating her much younger subordinate, Ma Sai.

The novel was praised for its well-written characters and thoughtful critique on modern society. The story focuses on the struggles that many female white-collar workers have to deal with on a daily basis, and the hopeful message it delivers inspires many readers.