Tiffany Tang and Luo Jin to Get Married This Weekend 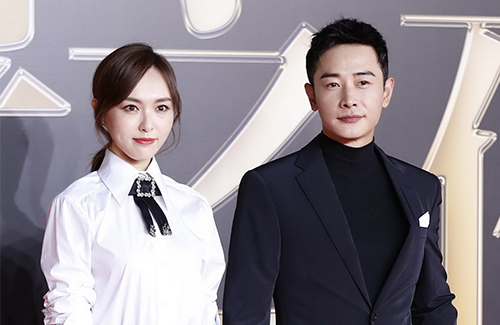 Congratulations! According to various sources, favorite on-screen and off-screen couple Tiffany Tang (唐嫣) and Luo Jin (罗晋) will hold their wedding in Vienna, Austria this weekend on October 28th. The couple have reportedly already landed in Vienna on the 23rd to prepare for their upcoming wedding. Rumors say Tiffany is already three months pregnant. 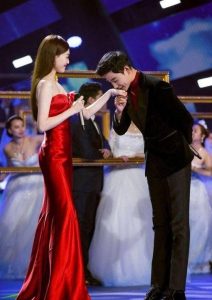 Though the couple never confirmed this news themselves, Xu Ran (徐然), girlfriend of their voice actor close friend Bian Jiang (边江), inadvertently revealed the location of their wedding when she shared with her Weibo followers that she was in Vienna. In the photos Xu Ran shared, it appears that Tiffany and Luo Jin may get married in a large church, which sits next to a beautiful lake, a mountain range, and rolling green fields. The location is picturesque, fairytale-like, and magical.

Tiffany and Luo Jin started dating after collaborating in the 2015 television drama Diamond Lover <克拉恋人>. The following year, the couple starred in the television drama The Princess Weiyoung <锦绣未央>, one of the highest-rated television dramas of 2016. They confirmed their relationship that December. 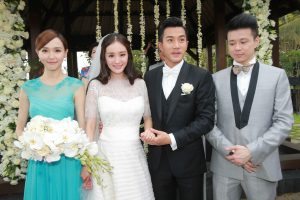 Bridesmaids will include Crystal Liu (刘亦菲) and Jane Zhang (张靓颖), who were at Tiffany’s birthday party last year. It is unclear, however, whether or not Yang Mi (杨幂) would attend Tiffany’s wedding—the pair met on the set of Chinese Paladin 3 <仙剑奇侠传3> and became very close friends; their friends group at the time also included Cecilia Liu (刘诗诗). Tiffany was also the bridesmaid at Yang Mi’s wedding in 2014, but over the years, it has been said that their friendship is no longer the same. 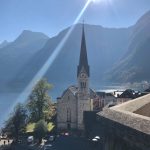 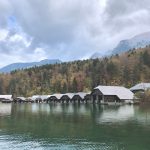 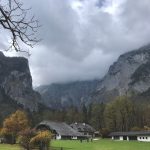 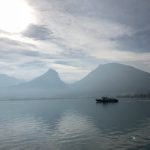