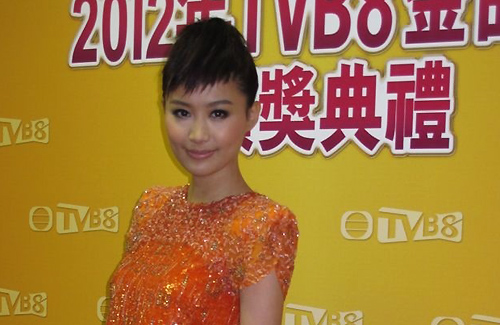 The Hong Kong Government’s plan to issue new TV broadcasting licenses has caused a stir in Hong Kong and in recent days, the debate has gained more heat. To protect its monopoly, TVB is one of the strongest opponents over the issue. Surprisingly, several TVB artists risked their own “rice bowls” and supported greater competition amongst Hong Kong television stations.

Earlier this year, the government reportedly decided to issue new TV broadcasting licenses in February 2013 to three companies: City Telecom (CTI), PCCW and i-Cable. However, the approval has been delayed indefinitely, due to reasons quoted as the government’s red tape and procedures. Some even suspected the delay is to keep the ATV boat alive.

CTI Chairman, Ricky Wong (王維基), has been putting increasing pressure on the government to approval its license quickly. CTI gathered 188 of its staff and artists, including Felix Wong (黃日華), Maggie Cheung (張可頤) and Bernice Liu (廖碧兒), in a show of its resources.  Not to be belittled, TVB Chairman, Norman Leung (梁乃鵬) countered by gathering 3,800 employees and artists for a two-day feast held yesterday and today.

TVB artists did not seem to share their company’s strong and loud opposing voice to the issuing of new TV broadcasting licenses.

At the TVB8 presentation ceremony last night, Raymond Lam (林峯) and Fala Chen (陳法拉) were asked of their views. Both agreed that everyone will benefit from friendly competition. Raymond Lam said, “I am looking from the viewers’ and the workers’ perspective. When there is friendly competition, there is a need to improve oneself because you want to maintain a standard.” He also felt that the workers would benefit because they would be able to find jobs easily, citing a recent incident where several of TVB artists as well as workers went over to CTI.

Fala felt that with competition, the television stations will push themselves to come up with better scripts and productions. She added, “I heard Ricky Wong has come up with a several good dramas. I want to watch to know what they are all about.”

Yesterday at Tsim Sha Tsui for a magazine awards ceremony, Moses Chan (陳豪) and Linda Chung (鍾嘉欣) also concurred with Raymond and Fala. Moses added, “The license issuance is based on a set of rules and regulations. These rules are set by the government and they are not something new. As long as everyone sticks to the same rules, they won’t be affected by how many licenses are issued.”

Bobby Au Yeung (歐陽震華) and Esther Kwan (關詠荷) felt that ATV will not go out of business despite greater competition, contrary to popular thought. Ben Wong (黃智賢) felt that the issuing of the licenses will not affect TVB at all. He believes that TVB will still remain the big brother in the industry.

39 comments to TVB Artists Breaking Their Own Rice Bowls?