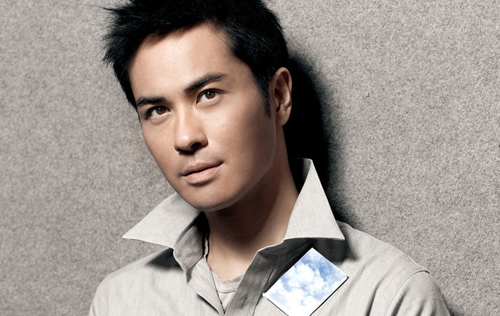 The summer is heating up with the impending broadcasts of two highly anticipated dramas, Ghetto Justice 2 <怒火街頭 2> and Three Kingdoms RPG <回到三國>! Both TVB dramas will air in July, setting the stage for the fierce battle for TV King at the end of the year. Will Kevin Cheng (鄭嘉穎) be able to duplicate last year’s glorious success and win the TV King title once again? Or will Raymond Lam (林峯) prove to be a strong contender?

With TVB unable to secure the broadcasting rights to the London 2012 Summer Olympics, the company was nervous in sustaining viewership.  TVB looked to its ace card, triple-award winning TV King, Kevin Cheng, for assistance. TVB was currently airing Ghetto Justice, which was a critical and popular hit last year, in its late night time slot. This strategy was to build up local Hong Kong audience’s anticipation of the July 30th broadcast of Ghetto Justice 2.

Raking in $30 million RMB last year, Kevin was TVB’s highest earning actor and most sought after artist in mainland China. In the cliffhanger ending of Ghetto Justice, Kevin’s character, “Law Ba” was seen heading to prison and losing his legal license.

The sequel will continue with “Law Ba’s” prison escapade. Even if Kevin’s Law Ba were to survive prison, will he be able to sort out his love life with Myolie Wu (胡杏兒), complicated by the re-emergence of ex-wife, Christine Kuo (苟芸慧)?

If the audience reacts favorably to Ghetto Justice 2, there is a high chance that Kevin Cheng may once again win the TVB Best Actor Award this year! TVB was known to bestow the award to popular choices in recent years.

Each year, Wayne Lai (黎耀祥) has proven to be an especially strong contender for the TV King title. Wayne’s new drama, King Maker <造王者> will air on August 13th. If The Confidant <大太監> were to become this year’s Anniversary series, Wayne’s chances for the TVB Best Actor Award will increase dramatically.

Raymond Lam’s (林峯) popularity will likely peak once Three Kingdoms RPG airs on July 9th. Portraying the brilliant strategist, Zhuge Liang, would normally have been an acting challenge for any actor. However, Three Kingdoms RPG is a time-travel comedy, which may diminish Raymond’s chances in winning the TV King title.

Master of Play <心戰> featured the brilliant performances of Moses Chan (陳豪) and Adam Cheng (鄭少秋), who should be nominated in the Best Actor category for the Anniversary Awards. However, the drama was a ratings failure due to its convoluted plot confusing audiences. This may severely limit Moses and Adam’s chances in winning the highly sought after award.

Jayne: TVB’s July line-up looks interesting! Is the fever for “Three Kingdoms RPG” and “Ghetto Justice 2” heating up yet? “Three Kingdoms RPG” may be a ratings success because there simply has not been a drama resembling a time-travel comedy since “A Step into the Past.”

“Ghetto Justice 2” has very big shoes to fill due to the success of its first installment.

133 comments to TVB Turns to Kevin Cheng and Raymond Lam to Ace Ratings!