Thirty-five-year-old Vic Chou (周渝民) and 28-year-old Reen Yu’s (喻虹淵) sudden marriage announcement in November 2015 came as a shock to many fans. The couple’s unexpected marriage was speculated to be a result of an unplanned pregnancy.

In March, the couple was spotted at a pregnancy clinic. Through Vic’s manager, it was confirmed that Reen was expecting. Although the couple tried to be low-profile, Reen was photographed with a baby bump while out shopping with Vic.

Last week, reports emerged that Reen has already given birth. Vic’s manager confirmed that the couple has welcomed a little princess. Respecting Vic and Reen’s desire for privacy, Vic’s manager refused to divulge the baby’s exact birth date. However, he shared that both Vic and Reen’s parents are extremely delighted with the new addition to the family.

The first-time father is currently taking a break from work in order to take care of Reen during her post-pregnancy recovery and their new baby.

Neither Vic nor Reen could be reached for further comments. 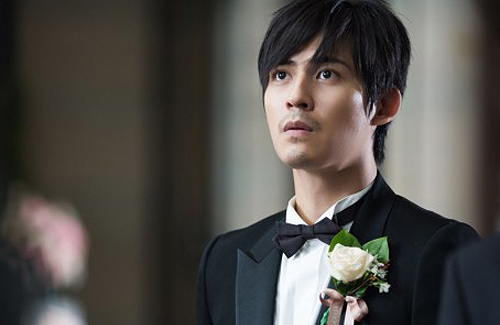