Wallace Huo (霍建華) lessened his exposure after tying the knot with Ruby Lin (林心如) in 2016 on the tropical island of Bali and welcoming the birth of their daughter the following year. It didn’t help that his studio closed its Weibo account last September, stating that Wallace would prefer to communicate with fans through his work instead of social media. Thus, his fans have not seen him in person for a long time, as he’s been busy filming. However, their wishes came true a few days ago, when they finally caught him at the airport. To their surprise, the actor looked wider and thicker.

At first glance, he looked like he had pecs, but when he stepped forward; his chest and abdominal muscles were all fat! Even his ripped jeans looked tight on him. Although black is normally a slimming color, Wallace’s black jacket did not make him look slimmer. The biggest problem was the loose green army shirt he wore underneath. It wasn’t able to cover his belly fat.

It’s no wonder Wallace gained weight since Ruby often makes desserts and home-cooked dishes, as seen on Weibo. Previously, she also visited him on set bearing desserts and coffee for the whole crew. Although weight gain seems to be the curse of all middle-aged male actors, it may be related to a blissful marriage. 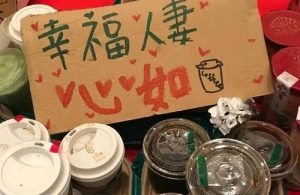 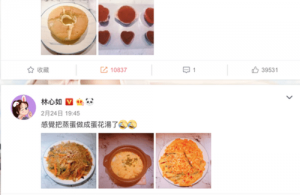