TVB drama Death by Zero <殺手> has been receiving high ratings and generating good reviews for its refreshing storyline. Portraying professional killers in the drama, Wayne Lai (黎耀祥) Katy Kung‘s (龔嘉欣) characters have many fight scenes. In spirit of their on screen rivalry, Katy challenged Wayne to a shooting competition in a meet up.

In Death by Zero, Katy stars as Dark Angel–a high strung and emotional killer who is vicious in her murders, and dresses in a gothic style complete with fishnet stockings and heavy eye makeup. Wayne on the other hand portrays a former top contract killer, Yim Mo, who has now become a struggling, middle-aged man with a beer belly. They end up working for the same agent, but they can barely  tolerate each other.

Starting the shooting competition full of confidence, Wayne arrogantly asked Katy where she would like to be shot and she immediately retorted, “Where I have the largest surface area…my eyes.” Both felt a rush of adrenaline as they saw the targets fall to the ground. Katy shared that she is actually far-sighted and did not think that she would be able to win. “Usually I never hit the target when I play darts, so I thought shooting would be difficult for women but it turns out that it wasn’t hard at all.” They competed three rounds and in the end, Katy won. Wayne’s punishment was to be a real life target. 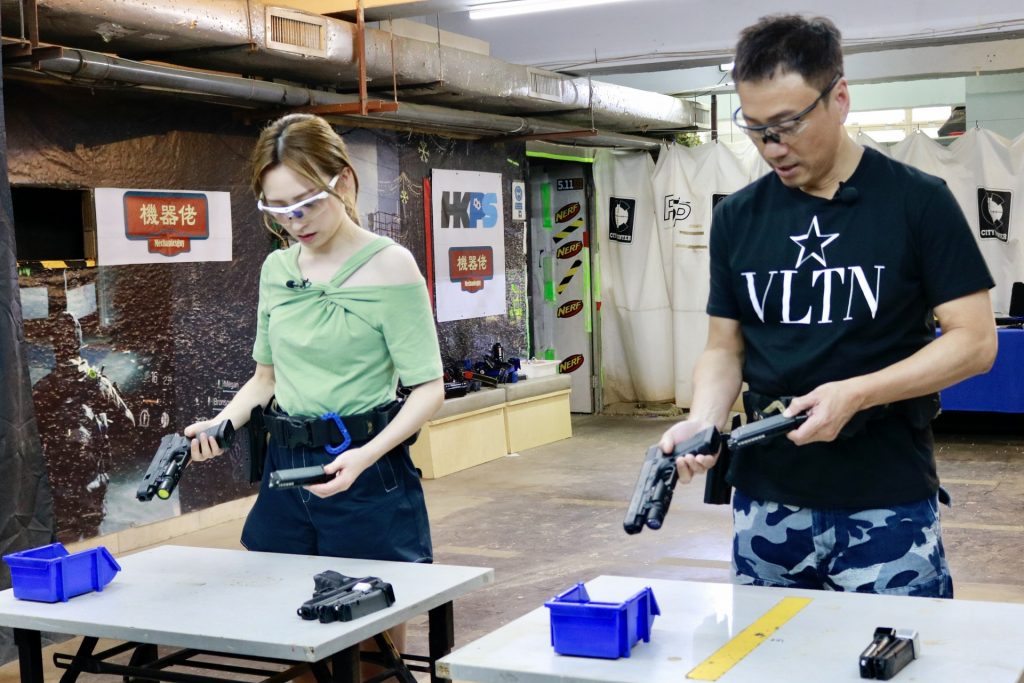 Collaborating in Death by Zero for the first time, Katy and Wayne had nothing but praise for each other. Wayne praised Katy for being the most hard working actress he has worked with and that she rarely uses a body double for her fight scenes.

Katy stated, “It would be a huge regret if I did not get to work with Wayne before retirement. I wasn’t close to Wayne before filming, and I thought that he would be cool and aloof. After working together, I realized that he takes good care of his juniors and he is very professional. I remember a scene where we were filming on a hot day, Wayne was covered in sweat and his knees were swollen. I was waiting on the side eating fries and saw that he did not complain once and just sat down on the side to drink water.”