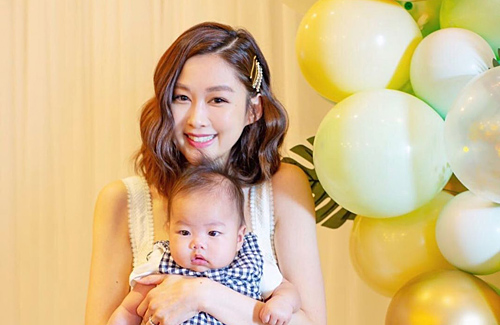 After the success of 2018 TVB drama Who Wants a Baby <BB來了> which helped Ali Lee (李嘉馨) win TVB Best Actress, fans eagerly waited for the drama’s sequel. While Ali was initially heavily promoted by the station, she received backlash from Mainland fans due to her pro-democracy stance and was ultimately frozen by TVB. In the drama’s sequel, TVB decided to make significant changes, including replacing the lead stars and rewriting the script.

While the first drama starred Ali and Lai Lok Yi (黎諾懿) as leads, TVB replaced the two stars with Eliza Sam (岑麗香) and Kenneth Ma (馬國明). The sequel will be Eliza’s comeback drama since giving birth.

Set to begin filming in February, producer Liu Chun Shek (廖晉碩) shared, “We will start filming a baby-related series. It’s not Who Wants a Baby 2. The leads are Eliza and Kenneth. It’s a new story with new characters. The plot still revolves around the growth of a two-year-old child and an adult’s relationship. The new drama has a new name. It is not convenient to disclose the other cast.”

Kenneth provided his comments on the drama, “We haven’t had a formal meeting yet. I can’t answer anything about the drama. I look forward to working with Eliza as we don’t have many opportunities to work together. There will be sparks.”

As the drama has been going through many changes, Kenneth admitted that not everything is set in stone, including his role, “Actually I don’t know if I am really filming this drama. I haven’t met with the reporters and many things aren’t set. If I am really filming this drama, I will have to depend on Eliza. She is a new mother and it will be easy for her to get into character. I don’t have any kids and will have a lot to learn about playing a father. Things will be set when I really see the reporters, try on the costume, and finalize my role. Right now, I was informed internally to go film the drama and it hasn’t been officially communicated.”