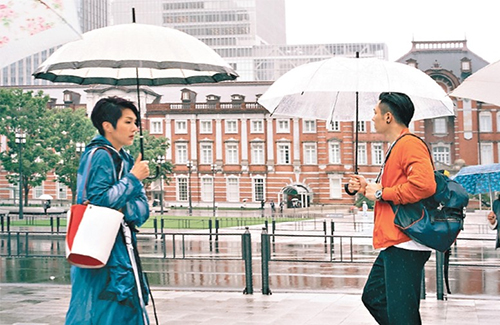 It’s going to be a sad Christmas for the fans of Wonder Women <多功能老婆>.

The TVB romantic comedy has reached its final week, and our favorite characters will be fighting for their happiness and future. Lam Fei (Miriam Yeung 楊千嬅), after years of living in her ex-husband’s shadow, will finally fight for her futures, and while it appears that her destiny with Wing Ho-tin (Pakho Chau 周柏豪) is coming to an end, the two will cross paths again years later. Meanwhile, Joanne (Alice Chan 陳煒) chooses to leave town for a new life after her love, Jonathan (Jonathan Wong 王梓軒) passes away.

In the last three episodes, we learn that Sheung Kim-hung (Raymond Wong 黃浩然) realizes that his ex-wife Lam Fei has no intentions in getting back with him ever again, and chooses to fight for custody. Ho-tin is heartbroken for Lam Fei, but he is helpless himself. With his father’s (Melvin Wong 黃錦燊) blessings, Ho-tin moves overseas to study medicine, but his story with Lam Fei doesn’t end there. They reunite many years later, restarting a possible new journey together.

Joanne and Jonathan’s relationship ends on a tragic yet bittersweet note — Joanne regains her courage in loving someone else after meeting Jonathan, but Jonathan’s adoptive mother (Lily Leung 梁舜燕) does not approve of their relationship. After failing to capture Kim-hung’s heart, Yan Chenggong (Maggie Yu 于淼) falls for Jonathan and tries to rip her apart from Joanne, but fails miserably. Vengeful, Yan Chenggong slips to Lam Fei a dark secret—that Joanne and Sheung Kim-hung had a one night stand many years ago. This puts a thorn in Joanne and Lam Fei’s relationship. Yan Chenggong then attempts to devise another evil plot to separate Joanne and Jonathan, but not only does the plan fail, Jonathan also dies tragically. After his death, Joanne discovers that he had planned on proposing to her. Heartbroken once again, Joanne decides on leaving Hong Kong. Lam Fei rushes to the airport to tell Joanne that she forgives her—though Joanne may have lost her love, her friendship with Lam Fei remains strong and true.

When speaking about the series ending this week, Miriam said, “Time flies by too fast. In the end, it doesn’t matter how much you’ve sacrificed. It’s very satisfying to know that I got a chance to breathe life in Lam Fez’s character, and to be able to release positive energy. I am very happy that I’ve come across this script. Add oil to Hong Kong dramas!”

Miriam is satisfied with the ending, saying, “I’m happy that she gets to restart her life. It’s important to not only find someone to share happiness with, but to also be happy yourself. You must be able to find yourself again.”

As for Maggie Yu, who plays Yan Chenggong, she shared that all characters got their deserved endings. Whether or not Yan Chenggong finds happiness herself, Maggie said, “She’s very ambitious and capricious, but God is fair. Sometimes, there are things that you can’t dictate, and while money can get you a lot, it can’t get you love.”