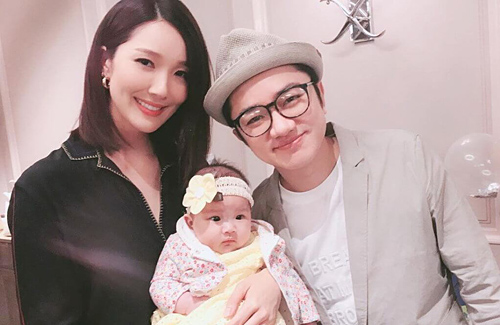 Welcoming their baby girl last December, Wong Cho Lam (王祖藍) and Leanne Li (李亞男) have been happy watching Gabrielle reach each of her milestones. Yesterday was Cho Lam’s first time to spend Father’s Day as a father and he couldn’t be any happier. Although he couldn’t celebrate it directly with his wife and daughter due to work commitments, Gabrielle reminds him of his late father.

In Cho Lam’s memory, his father was a warm person under his cold-looking appearance. They never especially celebrated Father’s Day before, but he noticed how lonely it was to spend the holiday after his father passed away. Now that Cho Lam is a father himself, he realized that his father cared a lot for him.

Seeing Gabrielle as his greatest gift, Cho Lam would be reminded of loved ones in his family whenever he looks at her. Although she resembles grandpa in some ways, Gabrielle also inherited Leanne’s good genes and proudly notes that Gabrielle is in the 90th percentile in height for her age. With Gabrielle growing at such a fast pace, he joked that he won’t be able to see the top of her head much longer.

Leanne had hoped that Cho Lam would be able to return home to celebrate Father’s Day together, but the actor has been busy working in Mainland China this year. Since Gabrielle’s birth, Cho Lam has tried to work as closely to home as possible. Overall, the arrangement has worked out well since filming shows in China is more flexible now and he also shares good relationships with the Mainland crew.

Other than variety shows, Cho Lam also has an upcoming movie, Just One Day <給我1天>, in which he lost 20 pounds to effectively portray an ill patient. He thought Leanne would feel pain at the sight of his weight loss, but she was happy instead because she had a chance to see her husband in his “Little Fresh Meat” form. 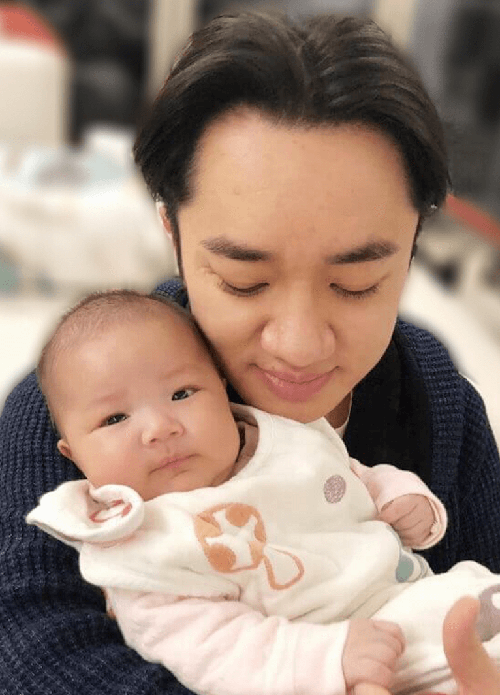 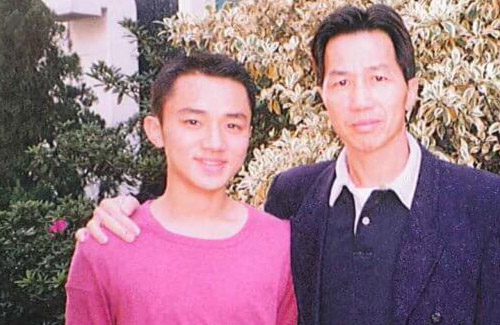