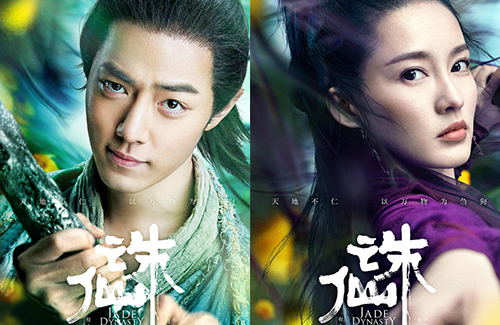 Based on the best selling novel of the same name, the fantasy film Jade Dynasty <诛仙>, also known as Zhu Xian, has dropped all new character posters in preparation for its upcoming September 12th releasing.

Directed by Hong Kong film director and action choreographer Tony Ching (程小東), Jade Dynasty stars Sean Xiao (肖战), Sweet Li (李沁), and Meng Meiqi (孟美岐). It tells the story of Zhang Xiaofan, a kind and simple village boy who is thrown into a world of chaos after his village gets massacred, and then becomes a disciple of the Qin Yun Faction. He befriends the talented Lu Xueqi and the ruthless Biyao, both who fall in love with him.

Jade Dynasty is one of Sean Xiao’s most action-packed films, and described the film as “exciting.” He recalled, “There was a scene where I had to be wired up 30 to 40 meters in the air, and then free fall. It was exciting.”

Rocket Girls 101 (火箭少女101) member Meng Meiqi said she learned a lot under Tony Ching’s direction, calling it a great learning opportunity. “Director Ching is some who requires precision, and I know I still have many things to learn.

Tony himself transformed into the “devil king” on set, as he had strict requirements in every single aspect of the film. He encouraged more on location shootings and less studio backdrops. 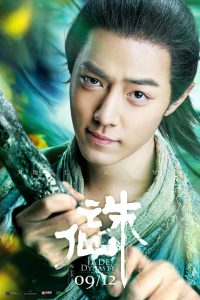 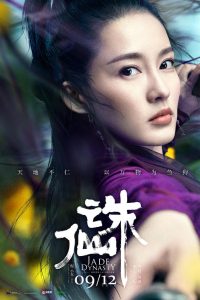 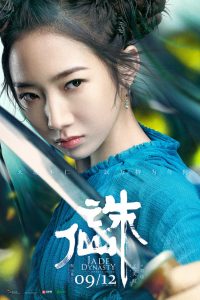 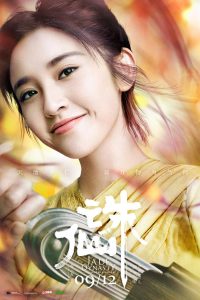