Spotted out having a hotpot meal together, popular Xiao Zhan (肖戰) and Li Qin (李沁) were rumored to be dating. Before the rumors surfaced, Li Qin had revealed she is good friends with Xiao Zhan, and divulged that she would always stay at his home whenever she visits Chongqing and the duo would go food-hunting together.

Li Qin said, “Although Xiao Zhan looks haughty, he’s actually a food lover familiar with certain foods in Chongqing. He would bring me to try all sorts of foods every time I visit, and also bring me to fun places.” Tellingly, the actress had then professed, “I’m more of a homebody, so I feel that I become more youthful in my outlook when I’m with him.”

Besides their shared love of food, Xiao Zhan would teach Li Qin his Chongqing dialect, which the actress picked up impressively fast due to her flair for languages. Adding to the fact that they already starred in three dramas together, their regular interactions appeared to have strengthened their close friendship. 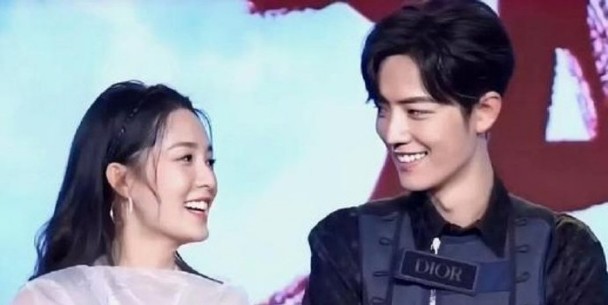