Xu Kai (許凱) and Yang Mi (楊冪) are raising anticipations with their chemistry in an older-woman-and-younger-man legal romance She and Her Perfect Husband <愛的二八定律>. Gearing up for its premiere on October 13, a trailer was just released and it has already attracted 2.48 million views in less than a day. Sharing three kiss scenes, Xu Kai was also seen placing his face against Yang Mi’s chest!

She and Her Husband tells a marriage-first-and-love-later story following professional lawyer Qin Shi (Yang Mi) being under constant family pressure to get married before it is too late. When a position opens up in top legal firm Cheng and Hui, Qin Shi’s brother Qin Wei believes his single sister fits all requirements except being married.

He secretly changes Qin Shi’s marital status to “married” on her job application without her knowing. After Qin Shi is offered a role as a legal counsel, she realizes her brother’s scheme. Before she gets the chance to confess, her “fake husband” Yang Hua (Xu Kai) appears and asks for help to get out of his mother’s matchmaking efforts. 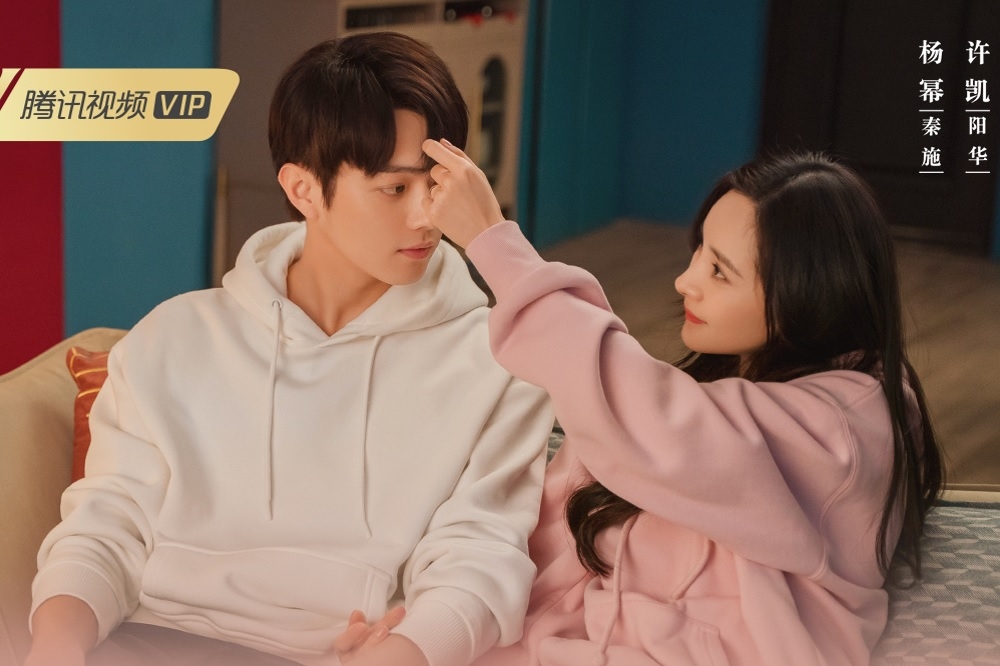 While some viewers were concerned about Xu Kai and Yang Mi’s  compatibility, they felt the searing heat after watching the trailer. They expressed, “I was very worried about this collaboration, but their characters show a great contrast. Xu Kui looks like a young and naïve man while Yang Mi looks strong and powerful;.” “Yang Mi and Xu Kai unexpectedly go really well together! I’m looking forward to the kiss scenes the most!” and “The trailer is so generous that they revealed three kiss scenes. Can’t wait for the broadcast soon!”

A behind-the-scenes photo showed the pair filming a hugging scene. Xu Kai was seated while hugging Yang Mi, who was standing, urgently. Although Xu Kai’s head was placed against Yang Mi’s chest, fans supported the actor, but surprisingly urged Yang Mi to be more cautious with such scenes as she is already a mother in real life.

“She and Her Perfect Husband” Trailer