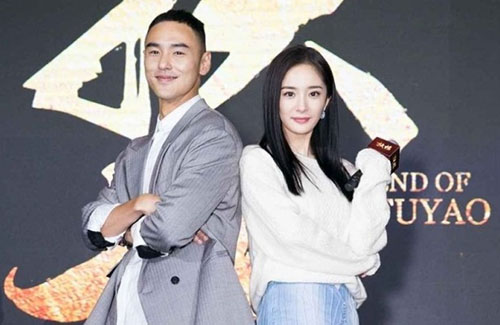 Fantasy romance drama Legend of Fuyao <扶摇> starring Yang Mi (杨幂) and Ethan Juan (阮經天) is setting up for a 2018 release and it’s been an exciting journey.

After filming Legend of Fuyao, the Taiwanese actor said he fell in love with historical heroes. His next project would be Jackie Chan’s (成龍) Knight of Shadows: Walker Between Halfwords <神探蒲松齡之蘭若仙蹤>, a fantasy adventure about the Qing Dynasty supernatural writer Pu Songling.

“Big Brother Jackie Chan is my idol, and it’s a dream come true to be able to take part in one of his productions. I am so lucky!”

Legend of Fuyao tells the story of Meng Fuyao (Yang Mi), a woman born from an ancient and divine lotus petal. Tasked with the mission to collect secret orders, Fuyao embarks on a journey across the five kingdoms, coming across political setbacks in the process. She falls in love with the Crown Prince of Wuji (Ethan Juan), who has a mysterious connection to the ancient firmament that created Fuyao.

Check out some stills from the drama below!