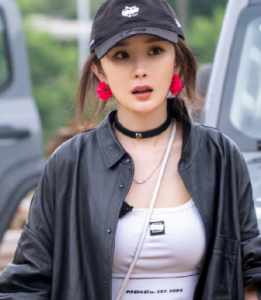 Seen using her hands to cover her eyes on set, the actress was reportedly rushed onto the ambulance and sent to the hospital, worrying fans and netizens who heard the rumors.

Around 12am midnight of July 9, Yang Mi’s work studio Jiaxing Media issued a post confirming the matter. “To all friends who care for Yang Mi: Xiao Mi was accidentally hurt during the filming of today’s program, and has been conveyed to the hospital for treatment at the earliest hour. The doctor assessed that she sustained an injury to her eyelid and corner of the eye; and has performed stitches to close the wound. Treatment was successful and thankfully her eyes were not hurt. She is in stable condition right now and awaits the doctor’s recovery instructions. The studio will put Xiao Mi’s health and recovery at first priority and will make adjustments to her future work arrangements based on the situation.”

The program’s production unit has since released an official letter of apology to Yang Mi, stating that it will review and carry out safety education for various departments to ensure safety protocols are strictly implemented to ensure the well-being of guest stars and crew members.