Yang Mi is in a New Relationship? 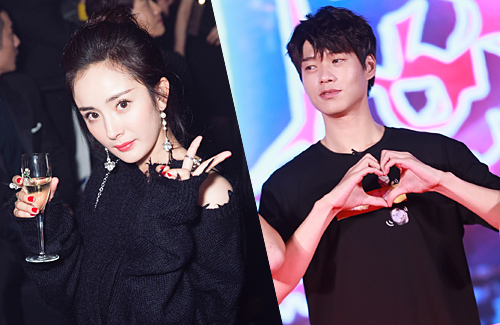 Almost a year since Yang Mi (楊冪) got divorced with Hawick Lau (劉愷威), rumors have been circulating that she found new love with younger actor Wei Daxun (魏大勛). The two are believed to be in a low-profile relationship after a netizen spotted them attending an exhibition together secretly with attempted disguises of hats and masks.

Photos of them were released and the two were evidently wearing matching couple shoes. Their clothing and figures exposed them, as netizens observed Daxun’s tall height and the birthmark on Yang Mi’s legs and her similar clothing style. Speculations were further strengthened when Daxun indirectly admitted he was the male in the photo, as he commented on his Weibo, “Just hanging out on the streets with a friend.”

Although there has yet to be any confirmation, fans already can’t help but expect for their dating announcements to be released. The two have gained a considerable number of fans shipping them as a couple after their collaboration on Chinese variety show Great Escape <密室大逃脫>. As an experienced senior, Yang Mi is often seen looking after her juniors on the show, but viewers took particular attention towards her interactions with Daxun. He would constantly act cute and address her as “Sister Mimi,” and she would happily laugh at his jokes.

As for their recent interactions, the actor posted a selfie and captioned, “Hello?” on Weibo, and to everyone’s surprise, Yang Mi replied on another platform called Oasis with, “Hello? Hi?” This small but obvious interaction had fans very excited. It is expected blessings will come their way once there are official dating announcements.

5 comments to Yang Mi is in a New Relationship?