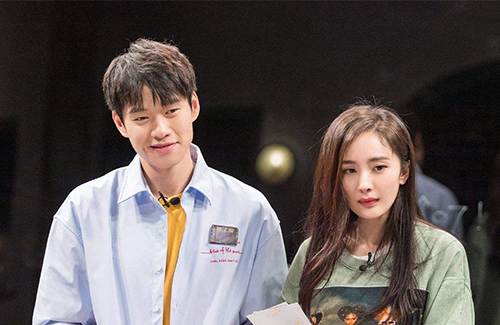 It has been eight months since Yang Mi (杨幂) officially parted ways with her husband of five years, Hawick Lau (劉愷威). Aside from the usual reports of Yang Mi in Hong Kong to visit her daughter, and work-related announcements, the actress has been otherwise rumor-free… until today!

Mainland media reported that the 33-year-old has been getting close with 30-year-old actor Wei Daxun (魏大勋), her costars in the Chinese variety series Great Escape <密室大逃脱>. Speculations of their relationship came about after a netizen spotted Wei Daxun with an unidentified woman at a Beijing museum. The pair were spotted standing shoulder to shoulder. Both wore mouth masks and a large hat to hide their faces. They also wore matching shoes. 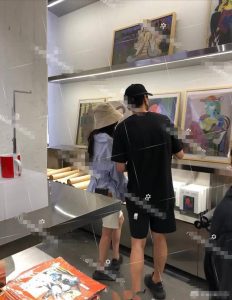 The woman’s face was not see in the photos, and the netizen also did not identify who the woman was, but netizens noticed that the woman, who was wearing shorts, had a dark mark on her left, similar to wear Yang Mi’s birth mark is. The woman also dressed like Yang Mi, as Yang Mi was seen wearing a similar oversized blue shirt and bucket hat at the airport a while ago.

Fans of both actors were not happy with the news, with some expressing their intention to leave the fandom. Wei Daxun ultimately released a Weibo statement saying that he was only hanging out with a friend. The statement prompted the OG netizen to share another photo from that same day, which was a photo of the woman holding Wei Daxun’s arm.

Wei Daxun has always been honest about his love for Yang Mi, whom he described as his idol. He told the press that he has been a fan of Yang Mi since 2006, and that she was the reason that inspired him to get into acting and attend the Central Academy of Drama.

13 years ago, before his debut in the industry, he shared on his blog, “I fell in love with Yang Mi these past two days! I just love looking at those big eyes of hers. I feel like I’m already one of her fans. Although I know I will also eventually be part of this industry, I really do want the opportunity to work with her. I have to make it into the Central Academy of Drama!”

In the 2014 TV drama One and a Half Summer <一又二分之一的夏天>, Wei Daxun said a line that it was later discovered to be something he adlibbed on the spot, “She’s called Yang Hui, nicknamed Little Yang Mi. You just hear her name and you know she’s pretty!” 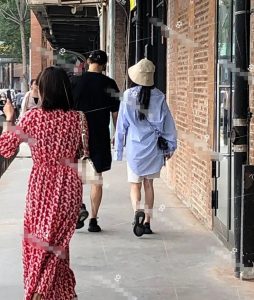 7 comments to Yang Mi Rumored to Be Dating Wei Daxun