There is speculation that 27-year-old Yang Yang (杨洋) and 25-year-old Bridgette Qiao Xin (乔欣) are dating, but not everyone is buying it.

A netizen recently spotted the Chinese actors in London, where it was said that the actors had spent their Valentine’s Day shopping for luxury bags and having romantic dinners together.

The netizen shared a screencap of her conversation with a friend, and wrote, “A friend saw Bridgette Qiao and Yang Yang in London together. Why isn’t the news talking about it?” 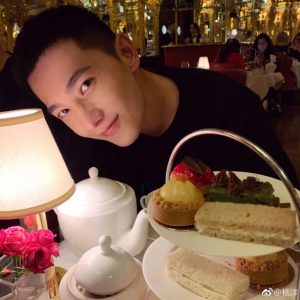 Fans and netizens all expressed their shock at the revelation, with some even doubting the relationship as true. Nonetheless, it has been proven that Yang Yang had spent his Valentine’s Day in London, as the he had been filming a drama there with Chinese actor Allen (艾伦).

Yang Yang also shared his whereabouts on Valentine’s Day with a few photos, which indicated that he was at the Oscar Wilde Bar in London.

Bridgette didn’t talk about where she was this week, but a netizen from London wrote on her social media that she saw her at the Maison GOYARD store in London.