Rumored to be romantically linked to actor Liu Xueyi (劉學義) recently due to a birthday gathering for him, actress Yang Zi (楊紫) later posted an update to her social media clearing up the air! 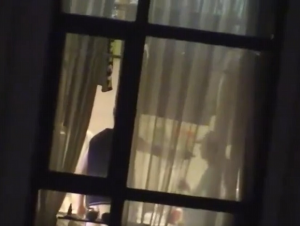 The face of various quality productions, the popular 29-year-old actress has hardly had any rumors on the romantic front. Not long ago, her friend, actor Liu Xueyi was spotted visiting Yang Zi’s home late in the evening. Close to Liu Xueyi’s birthday on July 6, Yang Zi was seen paying him a visit at night, with photos speculated to be him feeding her cake.

In response to romantic rumors sparked by the photo, however, both posted brief clarifications on their Weibo, on the same day. On August 11, Yang Zi wrote that she has been friends with Liu Xueyi for “over ten years”, that there were other friends at the birthday event, and the so-called “cake eating” was merely Liu Xueyi asking her if the cake indeed tasted bad, that was it.

Written in short staccato phrases, her full Weibo status update said, “Me and Xueyi (are) friends for 10 over years, his birthday a group of us celebrating together were there at 8 plus, because of filming the next day it ended at 11, we ate our own cake not together, the cake he passed me was asking is this flavor awful I said yes, didn’t feed me it was actually a simple birthday celebration for friends, I don’t want to complicate things let it end here, will continue with filming”.

Who is Liu Xueyi 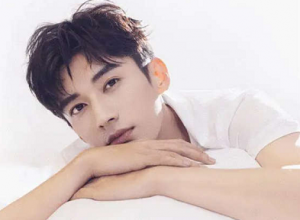 Liu Xueyi has played several supporting roles throughout his decade-long career and caught attention with his charismatic presence in xianxia drama Love and Redemption <琉璃>, which Yang Zi fronted.

The 32-year-old clarified that there was no feeding since the portion had been really small, adding that he ought to get a whole cake that was “better-tasting” the next time. Known to be good friends, he had previously delivered a bundle of snacks to her while the latter was busy at her filming set,  as a supportive gesture.