“Young and Dangerous: Reloaded” To Wrap Up in Less Than 20 Days 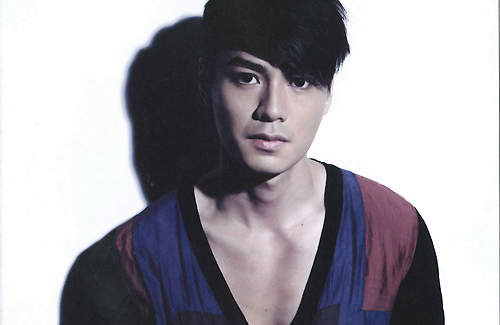 Hong Kong filmmaker Manfred Wong (文雋) plans to wrap up the filming for Young and Dangerous: Reloaded <古惑仔之江湖新秩序> in less than 20 days, according to a recent interview with Ming Pao.

Young and Dangerous: Reloaded is also directed and co-produced by Wong Jing (王晶). The film, which stars Him Law (羅仲謙), Oscar Leung (梁烈唯), Jazz Lam (林子善), and Philip Ng (伍允龍), is a reboot of the 1996 crime film of the same name, which remains to be one of Hong Kong’s most popular best-selling films in history.

A few days ago, Him Law, Oscar Leung, Jazz Lam, and Philip Ng were spotted filming a fight scene around an old-fashioned ice house (Hong Kong-styled café) in Yau Ma Tei. The scene attracted many onlookers, and Him and Oscar took some time off of filming to greet their fans and take pictures.

Dragon, phoenix, and tiger tattoos were an important characteristic of many Hong Kong gangsters, and this was also notoriously emphasized in the original Young and Dangerous films. However, Him and Oscar, the lead characters in Young and Dangerous: Reloaded, did not cover their bodies with dragons.

“This is a story that takes place in 2012. If we use dragons and phoenixes, it wouldn’t make much sense,” said Him.

Oscar explained, “They have to match the proper sense of time. The aesthetic feel (of the tattoos) is heavier. It is also more abstract by having hooks, thorns, etc. [Him’s tattoo] on his shoulder is not a dragon, but it looks like a dragon.”

Him laughed and said, “Yes, and [Oscar’s tattoo] is an eagle. He has two wings!”

Oscar joked, “I am ‘Chicken.’ Chickens have two chicken wings!”

Young and Dangerous: Reloaded will wrap up production this month. It is currently slated for an early 2013 release.

36 comments to “Young and Dangerous: Reloaded” To Wrap Up in Less Than 20 Days