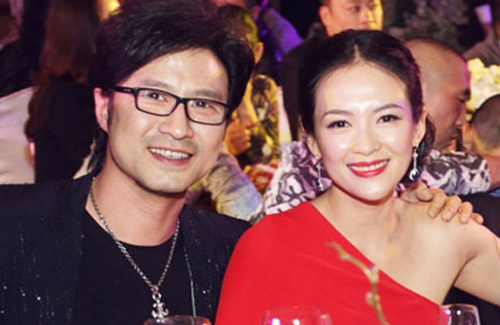 Since Wang Feng‘s (汪峰) surprise proposal to Zhang Ziyi (章子怡) in February, there have been rumors that the couple has already registered their marriage in Hong Kong. There has also been fervent speculation over their date of marriage, although none of the speculation has been supported by any evidence – until recently, when the couple’s marriage certificate was exposed.

According to the couple’s marriage certificate, however, they registered their marriage on May 10. The certificate also stated the name, age, and occupation of both parties.

It turns out that May 10 was doubly meaningful for the couple, as they not only were officially married on that day, but Ziyi was also already pregnant by then. This explains Ziyi’s absence at Huang Xiaoming (黃曉明) and Angelababy‘s wedding in October. It also explains Ziyi’s appearance at the Los Angeles airport earlier this year, where she was spotted with a round, protruding belly.

For the longest time, Ziyi’s pregnancy was merely the subject of rumors, until Wei Nan (魏楠), the director of Oh My God <從天兒降>, a film which Ziyi co-produced and had a cameo in, confirmed that she is indeed pregnant. Wei Nan even joked that whoever took part in the filming of Oh My God would have a high likelihood of becoming pregnant.