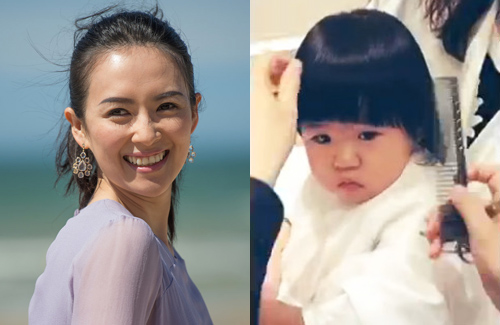 A mother’s firstborn will always have a precious place in her heart. Since Zhang Ziyi (章子怡) gave birth to her daughter Wang Xingxing (汪醒醒), she often shares her daughter’s first milestones with fans online.

Most recently, Ziyi shared some photos on Weibo of Xingxing, who is already one and a half year’s old, getting her first haircut. While most children cry and throw tantrums when getting their hair cut, Xingxing instead appeared calm and quiet.

It seems like Zhang Ziyi has a secret parenting tactic up her sleeve! The 36-year-old actress teased, “Baby Xing is getting a haircut. She neither cried nor threw a fit. Baby Xing’s mother has a strategy. Can [you] guess what it is?”